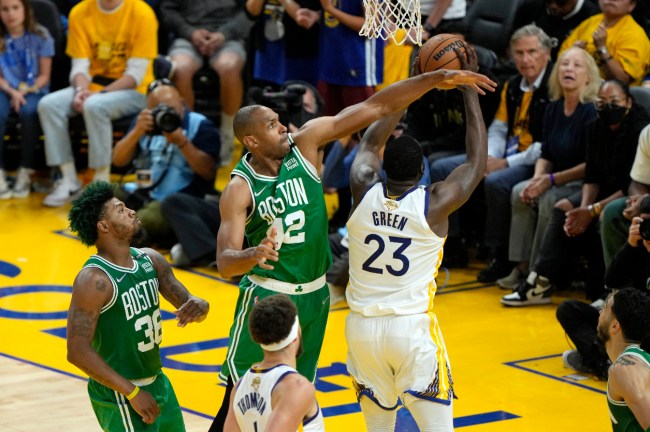 The Golden State Warriors had everything going their way: Home court advantage, the Splash Brothers back in the NBA Finals, and a lot of rest. Still, the Boston Celtics walked into the Bay Area and left everybody stunned after a wild comeback.

At the end of the third quarter, the Warriors held a 92-80 lead and looked to be on the verge of running away with the game after outscoring the Celtics 38-24 in the frame. But, the final 12 minutes were a completely different ballgame.

The Celtics scored 40 points and held the Warriors to just 16 in the fourth quarter, and the Celtics stole a 120-108 victory in Game 1 of the NBA Finals.

It looked ugly at first for Boston, especially after Stephen Curry made history in the first quarter.

Stephen Curry made 6 threes in the first quarter, setting the record for the most in any quarter of an NBA Finals game.

Steph has made 5+ threes in a quarter 3 times in his Finals career. All other players in NBA history have combined to do it twice (Ray Allen and Kenny Smith). pic.twitter.com/glcFYulXZP

But, it all boiled down to the final 12 minutes, and the Celtics’ improbable comeback was the talk of the evening among fans and other NBA players.

D WHITEEEEEE!!!! Let’s gooo! You love to see it

The fan reactions from both teams are surely interesting, and although it is just one game, they were quick to overreact.

Boston’s going to win this series. They have the drive. As much as wanted golden state.

So many salty #Warriors fans 😂 pic.twitter.com/GA1ehslKk8

On a night with a bad Tatum offensive performance the Celtics win? Forget it Celtics in 5.

Game 2 will be on Sunday night.