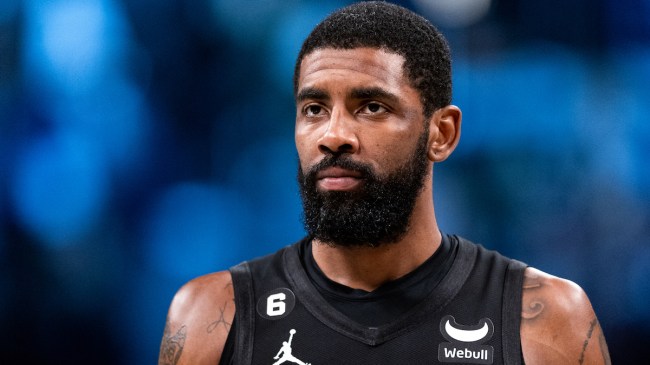 Kyrie Irving is currently serving a suspension after failing to apologize for sharing a link to an antisemitic film on social media. But it appears the Brooklyn Nets star could be nearing a return as soon as Sunday.

Two weeks ago, the Nets and owner Joe Tsai suspended Irving for a minimum of five games and presented six conditions for his return. The seven-time NBA All-Star has since apologized for his antisemitic rhetoric. However, he will still miss an eighth consecutive game on Thursday against the Portland Trailblazers.

According to NBA insider Adrian Wojnarowski, Irving is “nearing completion on the process” with the possibility of rejoining the Nets for Sunday’s game against the Memphis Grizzlies.

ESPN Sources: Suspended All-Star guard Kyrie Irving is nearing completion on the process needed for a return to play and could rejoin the Brooklyn Nets as soon as Sunday’s game against the Memphis Grizzlies: https://t.co/9UZpm36mHx

“Kyrie is continuing his journey of dialouge and education. He has been grappling with the full weight of the impact of his voice and actions, particularly in the Jewish community. Kyrie rejects antisemitism in any form, and he’s dedicated to bettering himself and increasing his level of understanding.”

It appears Irving is finally taking accountability and making a genuine effort in light of all the controversy. He has already satisfied at least three of the six conditions for his return: condemning the film, pledging $500K to anti-hate groups, and meeting with Tsai to demonstrate understanding.

All that remains is sensitivity training, antisemitic training, and a meeting with the Anti-Defamation League and Jewish leaders. Although, Iriving is seemingly in the process of completing those too, potentially by Sunday.

The Nets are 6-9 on the season and 4-3 while Irving has been suspended. They definitely could’ve used his help during Tuesday’s blowout loss to the Sacramento Kings. Luckily, it appears the suspension won’t last for much longer.

The Nets will travel to Portland on Thursday without Irving. However, the All-Star guard could step back onto the court when the team returns to the Barclays Center on Sunday.