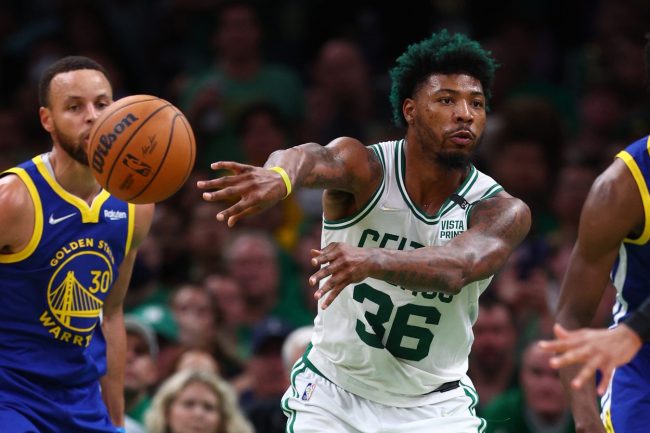 For those who don’t, Muhammad was the top basketball recruit in the country in 2012. 247Sports offered the following scouting report on the Nevada product.

“Shabazz was “the” star at the Pangos All-American Camp at Cal State Dominguez Hills near Los Angeles. Shabazz stands out for his hustle and sixth-gear effort every second he’s on the court. Already gifted with incredible athleticism, the fact that Shabazz gives 110% effort 100% of the time beckons thoughts of the game’s greats like Michael Jordan who will put their body through anything to become the very best and help the team win”

Muhammad committed to UCLA and had a solid, if unspectacular, one year with the Bruins before entering the NBA Draft. He was then selected with the No. 14 overall pick in the 2013 NBA Draft by the Minnesota Timberwolves. Within five years he was out of the league.

Dana O’Neil of The Athletic published a story on Thursday tracking Muhammad’s path back to the NBA. She also tracked the entire top 20 of 2012 recruiting class 10 years on, and the results aren’t great.

In fact, the top 20 players in the 2012 class haven’t produced one NBA All-Star. Boston Celtics guard Marcus Smart has the most impressive resume, having just won the NBA Defensive Player of the Year Award. He became the first guard to do so since Gary Payton in 1996.

Of those top 20 players, only five are currently in the NBA. Only three, Smart, Steven Adams and Gary Harris, could be considered significant contributors. The other two, Nerlens Noel and Kyle Anderson, are solid bench contributors.

A class that was once considered historically strong has proven to be anything but.