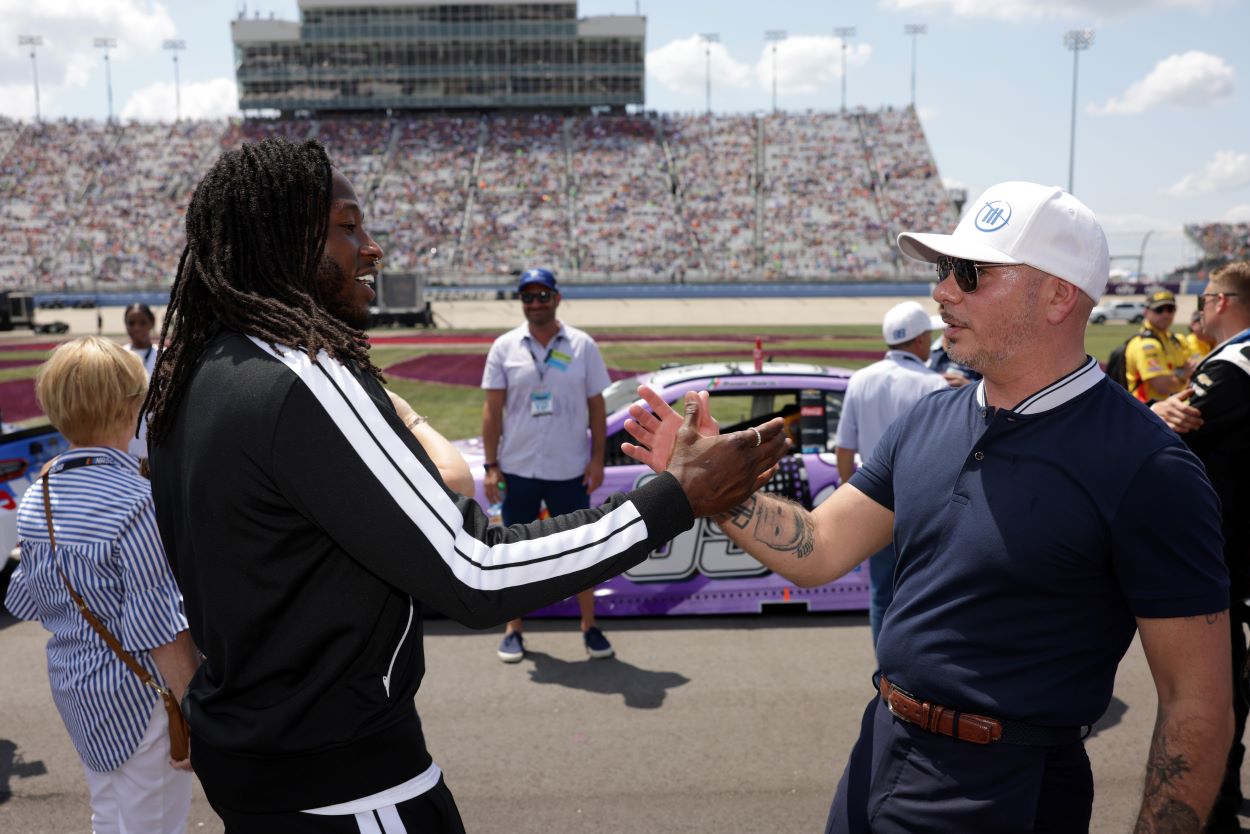 International music superstar Pitbull, AKA Mr. Worldwide, AKA Mr. 305 is always the life of the party.

Even when he’s not actual there, he’s stealing the show. Now he’s bringing the party to NASCAR in a way you’ve definitely never seen before.

While Pitbull and NASCAR doesn’t seem like a match made in heaven, the pair have had huge success. The recording artist bought into Team Trackhouse with co-owner Justin Marks in 2021 and team has hit the ground running.

After an up-and-down year one, the team has since grown and has been one of the best in the NASCAR Cup Series in 2022. They’ve won three races, with the latest coming on June 12 at Sonoma Raceway in California.

Daniel Suarez was the winner that day and in doing so became the first Mexican driver to ever win a Cup Series race.

Pitbull Celebrates Race Win In A Way Only He Could

Suarez’s teammate Ross Chastain, whose family owns a watermelon farm, is known for smashing a giant watermelon after his race wins. Suarez, true to his roots, says that he wanted to smash a giant piñata should he win.

Pitbull took that request to the next level.

When @pitbull throws you a taco piñata, there’s only one thing to do!! 🌮 pic.twitter.com/exR4oFlLKd

Let’s break the video down.

Yes, that is Pitbull throwing a giant piñata off a stage. Yes, the piñata is shaped like a taco and Suarez is using a metal baseball bat to bust it open.

The most important note, however, is that it’s a piñata FILLED WITH MONEY!

There’s no word yet on who got all the money or how much it was. But Pitbull is valued at around $100 million, so he can probably afford it regardless.

We’re now requesting that every victory in every sport be celebrated with a money piñata.