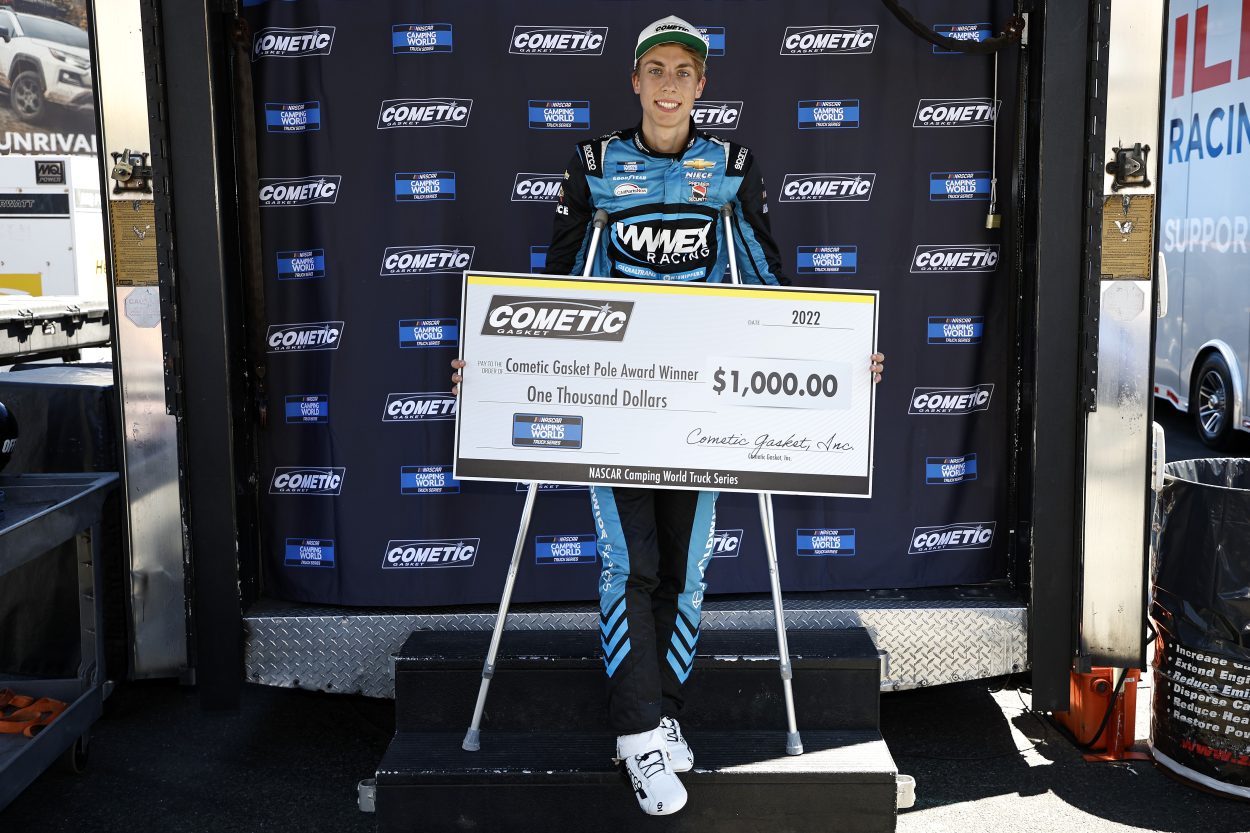 Hocevar is a 19-year-old from Michigan who is considered one of the sport’s top prospects. The Niece Motorsports driver just had one of the most incredible comebacks you’ve ever seen on Saturday.

Turn back the clocks one week and Hocevar was last seen in a significant amount of pain after a crash at World Wide Technologies Raceway outside of St. Louis.

He was transported to a local hospital after the crash and diagnosed with a broken tibia at the ankle. Following the wreck Hocevar provided medical updates for fans throughout the process.

It was unknown whether or not Hocevar would be able to compete in this weekend’s race at Sonoma Raceway in California, which is one of the series’ most physically demanding tracks. NASCAR Cup Series driver Daniel Suarez was even named as a replacement if needed.

But Hocevar was deemed eligible to compete after passing a series of tests and decided to give it ago.

Carson Hocevar, who had surgery Monday to insert a screw in his broken tibia to stabilize it at his ankle, is approved to practice and if he can handle it without debilitating pain, he should be approved to race. He explained how he is feeling and the approach to practice today: pic.twitter.com/bpqWoGGyt5

Both Suarez and Hocever split time in the truck in practice, but when it was time to qualify, Hocevar got the call. Then he went out and defied all the odds, qualifying in first place ahead of Cup Series champion Kyle Busch among a host of others.

The only problem? He crashed in the process.

Hocevar was okay following the wreck but will have to start the race in the back of the field. Though it seemed as if his pride took a big hit.

"I wanted the pole and tried too hard. Way too hard."- Carson Hocevar #NASCARonFS1 | https://t.co/H87ylVFsiD pic.twitter.com/1n2g9J78Gf

Safe to say it’s been a wild week for the future NASCAR star.