Major League Baseball May Not Return To The Field Of Dreams In 2023, But For Good Reason 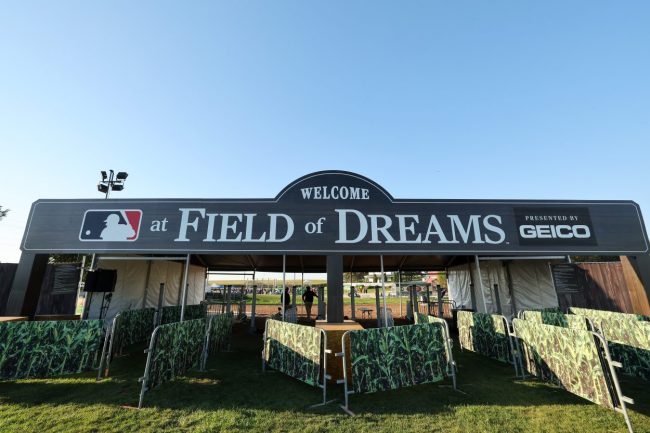 Since starting in 2021, the Major League Baseball Field of Dreams game has been an unquestioned success. Yes, we know, small sample size. But the 1989 Kevin Costner movie is the stuff of legend for baseball fans and seeing it played out in real life at the highest level of the sport has been immeasurably cool.

Votto and the Reds will take on the Chicago Cubs in Thursday’s second annual addition of the game. For the future Baseball Hall of Famer, it’s much more than just another game.

“My father passed away 14+ years ago. So it is impossible for me not to feel an emotional connection to the moment where Ray asks his father for a catch. One more moment together,” Votto said in a tweet on Wednesday. “Getting the opportunity to play a game at this mythical field that sowed the seeds of hope for a Major League Baseball career is a significant moment for me. Couple that with the father/son connection, and this game is an exceptional moment in my life.”

There May Not Be A Field Of Dreams Game In 2023

Unfortunately, the game may not take place in 2023.

Matt Snyder of CBS reports that Baseball Hall of Famer Frank Thomas, who is part of the ownership group of the Field of Dreams complex, says that construction could keep the MLB away next season.

“It’s a lot going on,” Thomas said. “They don’t want to come back if the stadium’s not prepared.”

Thomas is referring to plans at the site to put in youth baseball and softball complexes. Construction is slated to begin this year, which means it’ll be ongoing next season and MLB apparently doesn’t want to deal with having a game while that is happening.

It was made in a factory. A bomb factory. It's a bomb. https://t.co/D4bBndETxV

Hopefully the construction is just a minor hangup and the MLB heads back to the venue in 2024. That way more players get to experience the type of feeling that Votto has and that has inspired baseball players for decades to head to small town in rural Iowa.