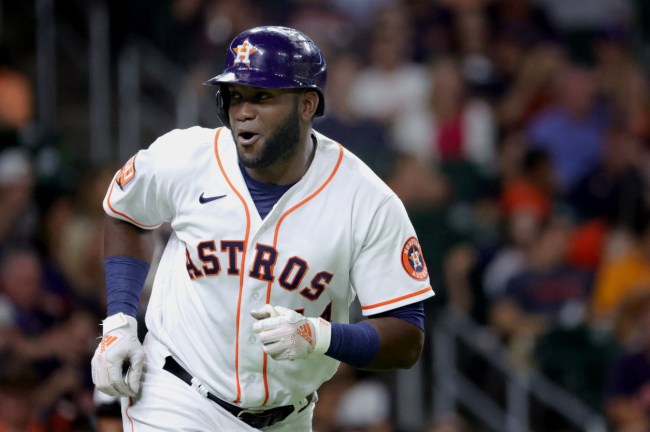 The Houston Astros got it done. According to Ken Rosenthal of The Athletic, the Astros signed designated hitter Yordan Alvarez to a six-year deal worth $115 million.

The deal is the largest ever for a designated hitter and keeps Alvarez in town for a long time. In 2021, Alvarez smacked 33 home runs with 104 RBIs and has already hit 14 home runs and 31 RBIs in the 2022 season.

If Alvarez can replicate his production from the 2021 campaign, he will be more than worth that $19 million AAV.

After the Astros and Alvarez got the deal done, MLB fans were quick to respond — and the amount of money he earned is a massive amount. On the other hand, for somebody with numbers such as Alvarez, it is a steal.

It’s safe to say the Astros fans are excited about this.

Of course, the receipts from the 2016 trade with the Los Angeles Dodgers came out, and the Dodgers must be full of regret.

I would just like to take a few minutes to again say…Thank You @Dodgers pic.twitter.com/XoqibhZlZf

This could set the new standard for DH contracts, especially with the National League implementing the DH for good now.

Nonetheless, a terrific deal for the Astros, although Alvarez could have gotten more cash, or at least one would think.