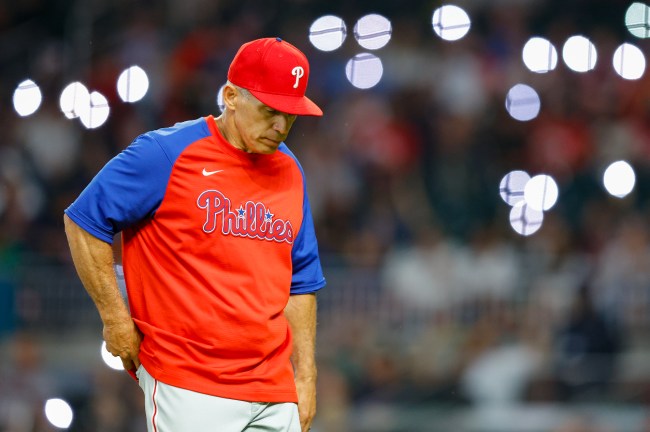 The Philadelphia Phillies have ended the Joe Girardi tenure after a 22-29 start to the 2022 season. After the Phillies moved on from Gabe Kapler, they brought in Girardi and were hoping that he could turn things around.

Well, that didn’t happen, and Girardi’s record as the Phillies manager ended up worse than Kapler’s.

The next manager was supposed to be better.

The Phillies now start over with a new manager.

It was only a matter of time before the Phillies made the move and the MLB fans were quick to react to the firing.

are we in a DREAM

I love the local sports media and fans in Philadelphia. Two months ago the Phils were heading to the WS with a 2022 Murderers Row lineup. 😂🤣😂🤣

That’s two managers in four years now. Maybe the players are the problem.

Like this is gonna change the fact that u are the worst defensive team in baseball and have a bad bullpen!

I agree with the move but he’s the fall guy for a team that all around is not performing anywhere near their potential. Hoping this can bring some sort of change

As you can see, it has been quite the bag of mixed reactions.

Doesn’t fix everything, but this is a much needed start. 🙌#Phillies #RingTheBell https://t.co/j3JDqi8vzF

Girardi deserved so much better than this trash franchise https://t.co/sDnpeEqACJ

The Phillies are promoting Rob Thompson to interim manager, and Thompson has long been one of Girardi’s sidekicks in the dugout.

The Phillies host the Los Angeles Angels in a three-game series at the beginning of the post-Girardi era.