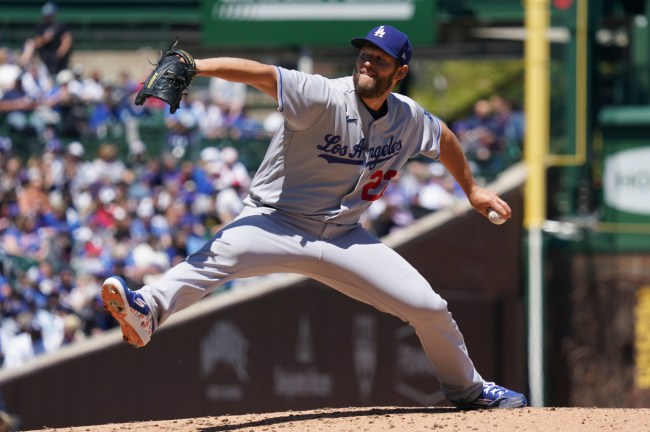 The 2022 MLB All-Star Game is taking place in Los Angeles, California. It will be a fantastic sight at Dodger Stadium, and the Home Run Derby and all of the festivities are always a glorious time, even if the uniforms are a bit iffy.

The question entering Monday was who would start for the National League. Tampa Bay Rays southpaw Shane McClanahan was the runaway favorite for the American League and earned the nod.

But, the NL was more of a question mark. According to Jeff Passan of ESPN, Dodgers longtime star Clayton Kershaw earned the honors.

Dodgers left-hander Clayton Kershaw and Rays left-hander Shane McClanahan will be the starting pitchers for the All-Star Game on Tuesday at Dodger Stadium.

There you have it; Clayton Kershaw will start the MLB All-Star Game at his home stadium. Kershaw’s had a remarkable season, compiling a 7-2 record with a 2.13 ERA and just recently carried a perfect game into the eighth inning against the Angels.

However, Miami Marlins breakout star Sandy Alcantara was the favorite to start for the NL. Alcantara leads the entire NL and is second in the MLB with a 1.76 ERA while putting together a 9-4 record. Instead, it’s Kershaw getting the nod, and MLB fans weren’t particularly thrilled with that.

This is ridiculous @MLB https://t.co/XXysfkoFaE

It’s truly a shame Sandy doesn’t get his chance to start. He deserved it. He earned it. It’s an honor to start the game regardless of it’s an exhibition, and there’s been nobody better in baseball this season.

Kershaw would get the exact same reception in the second inning. https://t.co/9wTdEzGMu5

Sandy Alcantara way more deserving (and it’s not close) in NL but no way MLB or Fox would miss opportunity to have Kershaw start at home. Frustrating and wrong, but true. #AllStarGame https://t.co/x603GHm0B6

This the biggest joke I ever seen in my life! Where is Sandy???? Stats don’t lie @MLB SA is the best pitcher in baseball right now what a joke https://t.co/5q96Gd6EBK

On the other hand, Kershaw starting the game in his home stadium was an easy choice for NL manager Brian Snitker. Dodgers fans love this decision, and many other MLB fans agree with this call.

For the first time in his career, Clayton Kershaw will start the All-Star Game! 🤩 https://t.co/pwaTTpsnvK

Literally anyone arguing against this should just log off Twitter. And based on the replies it’s way too many https://t.co/c6hH6bHHfF

Love to see it!!! How special for Kersh! https://t.co/fh9XTeKRay

Kershaw was robbed in 2013 because of homefield stuff. He is probably the greatest pitcher since the turn of the century, he deserves to do this in Dodger Stadium. https://t.co/EAQXodNHop

There are mixed emotions, and Alcantara has enjoyed a magnificent season. However, Kershaw starting at Dodger Stadium is a terrific opportunity and an incredible honor for one of the greatest pitchers in recent memory.