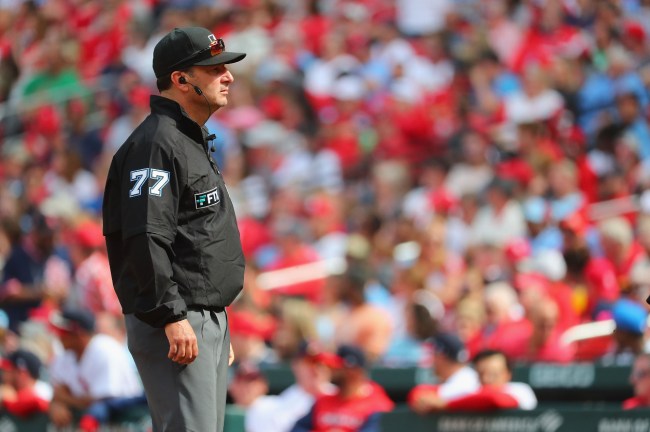 The MLB umpiring issue has been a significant talking point all season long. As such, MLB Commissioner Rob Manfred plans to introduce robot umps in 2024.

But, believe it or not, there was a near-perfect performance by umpire Jim Reynolds during Thursday’s game between the Cleveland Guardians and Detroit Tigers. Here’s Reynolds’ score, courtesy of Umpire Scorecards.

That’s right, Reynolds finished with a 99% overall accuracy and 95% overall consistency. Out of 131 pitches, only one was called incorrectly, and here’s the pitch he missed.

The only missed call yesterday for Jim Reynolds!
So close to the elusive perfect game! 👍 https://t.co/VtjrLojzTx pic.twitter.com/yVZe4TOuvo

We always talk about the terrible jobs by umpires, but let’s give Reynolds a tip of the hat for a fantastic job. MLB fans are still shocked at how good of a job Reynolds did.

Make him an All Star umpire @MLB!

Being an umpire is a difficult job, and the MLB definitely needs robot umps with the number of atrocious calls we have seen. But Jim Reynolds was a master on Thursday and deserves all the credit. Why can’t all of them be like him?