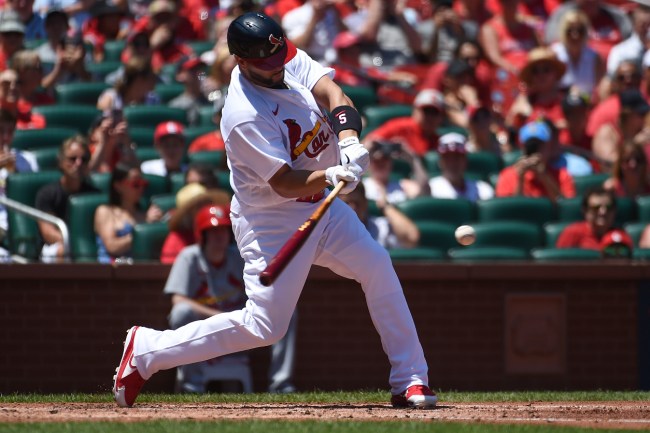 St. Louis Cardinals slugger Albert Pujols has a Hall of Fame resume that will be in Cooperstown one day. The MLB’s new clause allowed him and Miguel Cabrera to be added at the expense of MLB Commissioner Rob Manfred, and some fans weren’t entirely thrilled about it.

Pujols is doing something else during the All-Star festivities in Los Angeles. According to Katie Woo of The Athletic, the veteran is joining the Home Run Derby field.

The biggest problem? Pujols has just five home runs on the season. To go even further, he has 28 home runs in the past four seasons COMBINED. But, his career has been full of home runs, and the announcement comes one day after he hit career HR No. 684.

Plus, maybe Pujols will walk away with the crown in the ultimate retirement party.

However, MLB fans and analysts aren’t exactly thrilled with the idea of Pujols in the Derby. The reactions came pouring in, and some of them are hilarious.

Albert Pujols is a legend, but he doesn’t deserve to be an All-Star nor does he belong in the Home Run Derby.

Albert Pujols pulling up to the HR Derby pic.twitter.com/zjiJdITru5

What a waste of a spot. https://t.co/lkaQbkQGUz

Albert Pujols after 1st round of the Home Run Derby https://t.co/ZlrafLuHZs pic.twitter.com/1n7AZjmW6k

However, other fans are thrilled with the inclusion of Pujols.

I suddenly have interest in the all star game https://t.co/9wWn1YV39u

Whatever you have planned next Monday- cancel theme.

We have a new fan favorite to win the Home Run Derby! Fabulous. https://t.co/SnNF3uPcfg

The last time Pujols participated in the Home Run Derby was in 2015. In total, this will be his fifth career appearance and a wonderful send-off in LA. Oh, and let’s not forget, he spent the majority of last season as a member of the Dodgers.