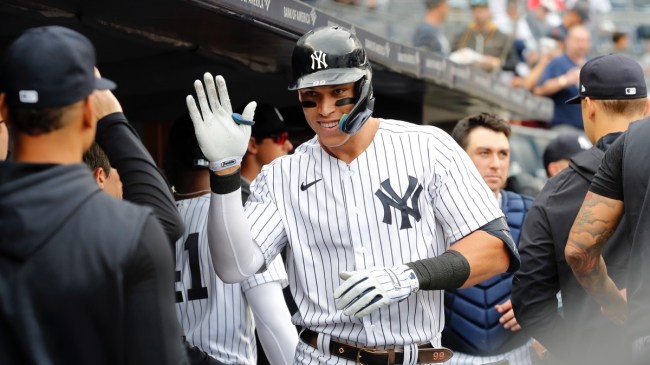 Major League Baseball approved rule changes today that will change some fundamental aspects of baseball.  Among them are a pitch clock, larger bases, and a ban on the shift.

The pitch clock is coming to baseball.

The shift is dead.

A long-awaited pitch clock is coming to baseball. Here are the details, provided by Jeff Passan of ESPN.

The league’s competition committee, composed of six ownership-level representatives, four players, and one umpire, approved a pitch clock of 15 seconds with empty bases and 20 seconds with runners on, a defensive alignment that must include two fielders on each side of the second-base bag with both feet on the dirt as well as rules limiting pick-off moves and expanding the size of bases.

This should speed up games tremendously and put more games into a good rhythm.
@Killianszn agrees that this is the right move for Major League Baseball

Not everyone agrees, though. @JMill1120 on twitter thinks the pitch clock is a bad idea.

Baseball hot take: banning the shift rocks, but the pitch clock is the bad part. Baseball is designed to be a somewhat leisurely game where the real drama comes between the “action.”

But I get it, some of y’all who didn’t grow up on 3+ hour Golden Age Musicals have no patience.

According to Passan, the pitch clock was one of the changes that were not a unanimous decision. It will also limit the number of pickoff attempts per batter to three.

The vote among the competition committee was not unanimous. Players voted against the pitch clock and the shift restrictions.

The vote for larger bases was unanimous.

Major League Baseball will also ban certain defensive alignments. They will require four infielders to be on the dirt and and two infielders on each side of second base before the pitch is thrown. This will change how many teams play defense significantly. It will help a lot of pull-happy hitters, too.

Not everyone is happy about this change, though. Barrett Sallee of CBS Sports certainly is one of them.

Also, the sizes of bases is going to be made bigger. This is said to help prevent injuries around the bags.

It will be interesting to see who does and does not benefit from these rule changes.