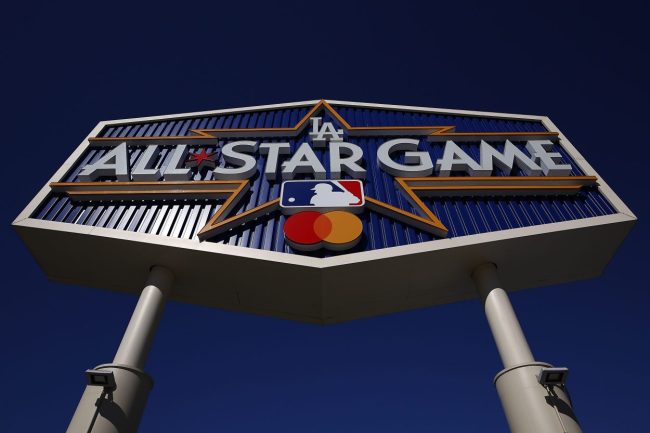 Baseball fans are not at all happy.

The Major League baseball All-Star game is quickly approaching. Full rosters for the mid-summer classic came out on Sunday and the game is set to take place on Tuesday, July 19 at Dodger Stadium in LA.

A number of baseball fans are already annoyed about perceived snubs such as Philadelphia’s Zack Wheeler and Aaron Nola.

Zack Wheeler is 5th among all MLB pitchers in fWAR, 9th in ERA, 5th in FIP… undoubtably one of the top 10 arms in baseball in 2022.

Aaron Nola is 6th among all pitchers in fWAR, and has tossed 111.1 innings this year, second only to Sandy Alcantara.

They should be All-Stars.

And now fans are annoyed again for a completely different reason. Major League Baseball released the uniforms for the game on Monday morning and they are, well, underwhelming to say the least.

This Just In: Major League Baseball and Nike have officially unveiled the dark grey and gold uniforms for the upcoming 2022 MLB All-Star Game. #MLB #MLBASG

Full story, more pics, and where to buy one right here: https://t.co/1RLlH14fET pic.twitter.com/UHS58qTj9F

This year’s designs carry a golden theme that is “inspired by the fame and fortune of the ‘City of Angels’,” according to a press release put out by Nike.

Baseball fans didn’t hate the uniforms, but they didn’t exactly love them either.

Much better than last year, but just let them wear their normal jerseys, DAMMIT!

Definitely better than the generic "National" and "American". If going back to wearing normal unis is off the table for merch purposes, there are worse ways this could be done.

Gold on white is usually a nightmare to see at a distance… Looks okay for now, though.

I'm going with "ugly." What happened to letting them wear their own uniforms? Oh yeah, $$$$.

Fans seemed to share one common theme. They all seem to want to go back to the days when MLB All-Stars just wore their normal team jerseys. The first All-Star game in 1993 featured league specific jerseys. But from then until 2021, players just worse the jersey of the team they normally play for.  That was before Nike took over MLB’s jersey deal in 2019 and in 2021 it standardized All-Star Game jerseys.

Players, fans and press all trashed those jerseys following their release. The 2022 editions seem to be far more popular, even if they’re not the preferred option. But there’s a simple solution to for the anger from the MLB’s standpoint. Just do what your fans want and bring back that regular jerseys. Until then, the complaints will continue.