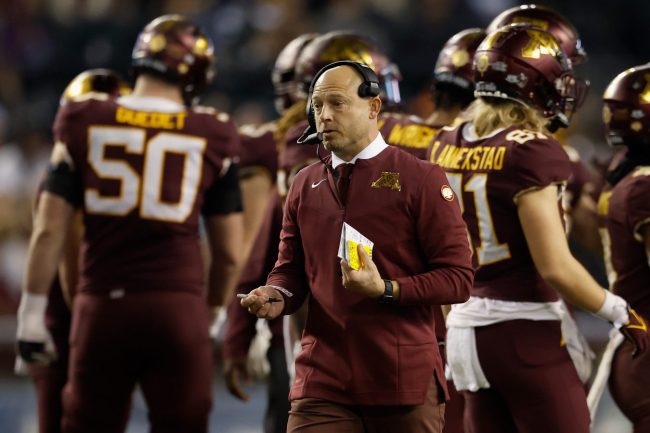 The Minnesota Golden Gophers should have absolutely no trouble convincing fans to come to their football games. Despite alleged mistreatment of players by the head coach PJ Fleck, the Gophers are in the midst of the one of their most successful stretches in program history.

When Fleck led Minnesota to an 11-2 record and a win in the Outback Bowl in 2019, it was the most wins the for the program since 1904. At that point the team was competing in what was called the Western Conference and won the national championship with a 13-0 record under Hall of Fame coach Henry Williams.

Things are a bit different today.

The Gophers play in a lovely new stadium that opened in 2009 and sixth-year quarterback Tanner Morgan is back to finish off his college career.

Minnesota also received 31 votes in the initial AP Top 25. But that apparently wasn’t enough to get fans to buy tickets.

Instead, the Golden Gophers have turned to unique promotions to get fans in seat. Their latest promo might just be the best of all-time.

The school has partnered with Red Baron to offer two tickets to fans that three or more frozen pizzas at participating stores in the area.

This promotion, which runs through Aug. 28, even tops Rutgers’ incredible deal with Costco.

Want to live forever? Former Pro Bowl quarterback Jake Plummer believes he may have found the key to doing so. https://t.co/y9bZXO7GgF

Football and pizza. What could be better?