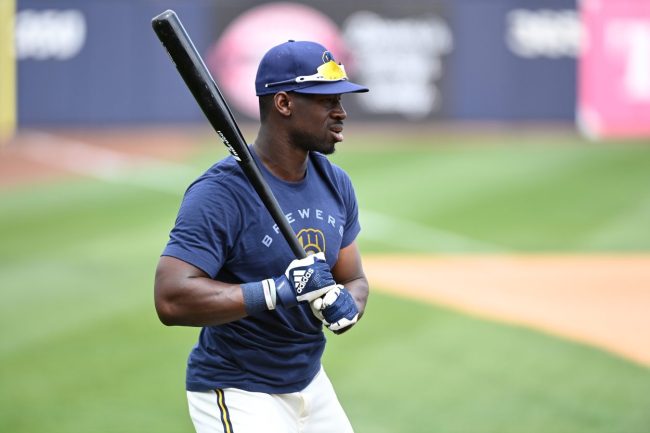 After today, that will have changed for most baseball fans.

The 30-year-old journeyman outfielder has played most of his career in the minor leagues, occasionally getting Major League stints with the Toronto Blue Jays and the New York Yankees.

Davis signed a minor league deal with the Milwaukee Brewers in November. He was called up to the big leagues on June 18 to replace two-time all-star Lorenzo Cain. In six games so far, Davis is hitting .278. But he’s most notable for his work in center field.

On Wednesday, Davis showed the entire baseball world why that’s the case with an insane diving catch.

With his team leading the Tampa Bay Rays 1-0 in the bottom of the second inning, Davis made an absolutely unreal diving catch to rob 2021 AL Rookie of the Year Randy Arozarena. In shades of Aaron Rowand’s insane catch for the Phillies in 2006, Davis would later leave the game due to injuries suffered when slamming into the outfield wall.

But in the short term, he’s made himself a legend not just in Milwaukee, but across baseball as fans lose their minds over his play.

Catch of the year https://t.co/TiOGavGBor

Brewers OF Jonathan Davis might have just made the catch of the year 🤯 pic.twitter.com/5WLXDzW3i3

At least for one day, Jonathan Davis just became a baseball legend.