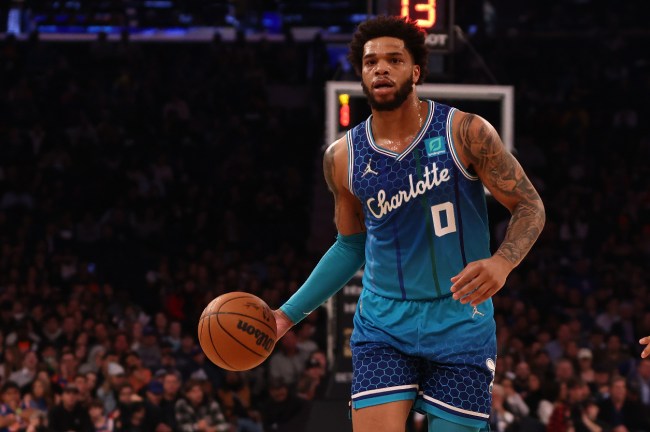 The Charlotte Hornets have a lot of questions to answer this offseason, including what to do with forward Miles Bridges.

He reportedly wants a max contract, which is a lot of money for any player. As of Monday, the Hornets seemed unwilling to give Bridges a max deal, according to Brian Windhorst of ESPN.

"Miles Bridges is not being offered a max contract by the Charlotte Hornets right now, so he's gonna go out into the marketplace and see if he can get that offer from somebody else."

So, that would mean Bridges heads to the open market. Well, think again.

Hornets general manager Mitch Kupchak spoke with the media on Tuesday, and his comments suggest that the Hornets just might be willing to throw the bag to keep Bridges in town.

“We love Miles. We’re going to bring him back.”

“We’re going to bring him back.” Those are the words that came from Kupchak’s mouth.

Moreover, the Hornets must know the only way to do so is to offer him a max deal, which would then take them out of any Deandre Ayton sweepstakes if that still exists.

Bridges is coming off a career year averaging 20.2 points with seven rebounds and 3.8 assists per game and was the leading scorer on the team — edging LaMelo Ball, who averaged 20.1 PPG.

The Ball-Bridges duo has been fantastic and exciting to watch, and Kupchak and the Hornets have a difficult decision to make. Sign Bridges to a max deal, or let him test free agency and risk losing him altogether.

Only time will tell, but Kupchak’s comments should be telling of something.