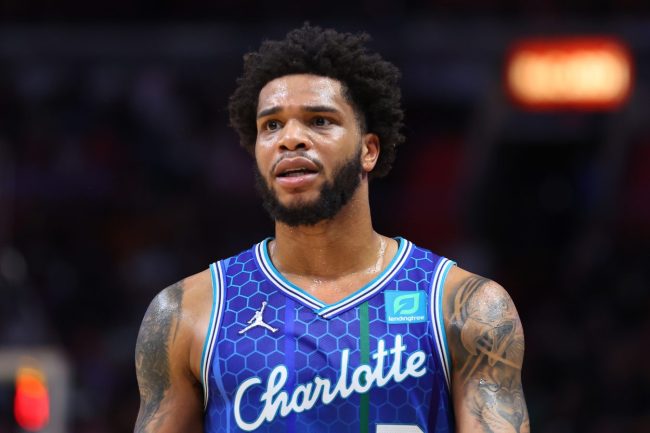 Charlotte Hornets forward Miles Bridges finds himself in a bit of trouble on the day he’s set to enter NBA free agency.

The 24-year-old turned himself into police on Wednesday following an alleged physical altercation with a woman the day prior. According to a report by Joe Price of Complex, “a woman has alleged that she got into an argument with Bridges that eventually turned physically violent.”

He’s now facing unspecified felony charges but has since been released on $130,000 bail.

The Hornets released the following statement on the matter.

Not only does Bridges now face serious legal issues, the arrest comes at the worst possible time for himself professionally. The Michigan State grad had a breakout season in Charlotte in 2021-22 and was set to become an NBA free agent at 6 p.m. on Thursday.

Hornets GM Mitch Kupchak seemed dead set on bringing him back to Charlotte. The Detroit Pistons are also contenders. Bridges is seeking a max contract. Though that may be hard to find under the circumstances.

Bridges is also likely to face suspension by the NBA if he’s found guilty. Further details about the case are not available at this time. But it’s unlikely he signs any new contract before they become available to NBA teams.