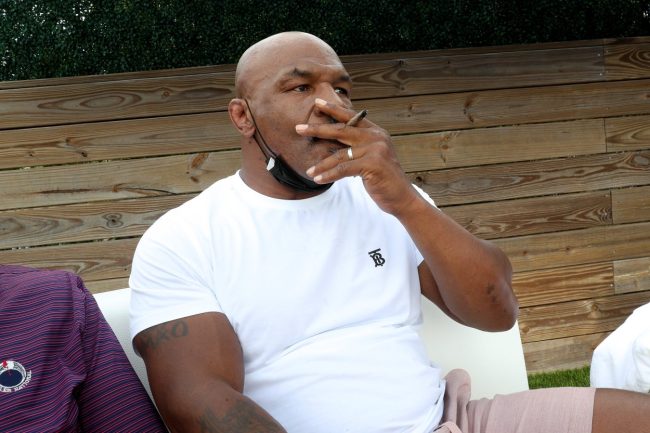 Superstar boxer Mike Tyson made a stunning revelation recently. Tyson, whose roller coaster career has led him to fame, infamy, and then back to fame, hosts a podcast called “Hotboxin’ With Mike Tyson.”

During the podcast, Tyson and guests sit in a studio while the boxer smokes marijuana and discuss life’s many questions with his guests. On the latest episode, Tyson had on therapist Sean McFarland. McFarland is Tyson’s regular therapist and specializes in trauma and addiction.

During the episode, Tyson had a startlingly comment about he perceives death and his thoughts on his own future death.

“We’re all gonna die one day of course,” Tyson said. “Then, when I look in the mirror, I see those little spots on my face, I say, ‘Wow. That means my expiration date is coming close, really soon.’”

Tyson continued to speak about how money is no longer something he worries or cares about. He talks about how making money gave him a false sense of security and invincibility.

“What is security” I don’t know. When you put money in your bank and you get a check every week you and can live the rest of your life? Is that security?”

McFarland also tells his own story of his tragic upbringing and how he and Tyson grew close.