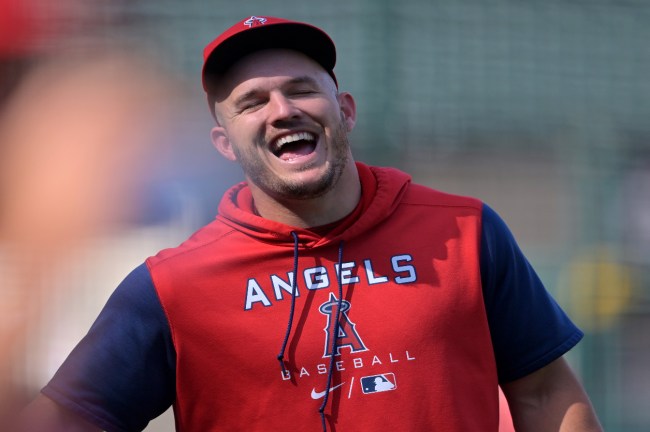 The Tommy Pham-Joc Pederson fantasy football drama is the talk of the baseball world, believe it or not. Pham and Pederson got into an altercation, then Pederson and Pham each shared their sides of this bizarre story.

Well, Los Angeles Angels star Mike Trout’s name got thrown into the mix after Pham mentioned that he was the commissioner of the league where the issue occurred. Really.

Tommy Pham did not enjoy having Mike Trout as his fantasy football commissioner 😅 pic.twitter.com/uR1HNoDJ6g

Mike Trout responds to the comments made by Tommy Pham

This is simply too good.

After hearing Pham’s comments on the situation, Trout was asked by reporters about how he felt. And, frankly, he doesn’t seem to care that much.

“We’re all passionate about fantasy football”

Mostly no comments about the league rule disagreements, said he is not sure if he will step down as commissioner

“All commissioners get booed” pic.twitter.com/7wjdS82cnz

“All commissioners get booed” is an all-time shrug of a comment from Trout. He doesn’t care one bit.

The Pham-Pederson fantasy football drama is one of the funniest, most bizarre sports stories in recent memory, and by the looks of it, this won’t be dying down anytime soon.

For what it’s worth, the Cincinnati Reds play the San Francisco Giants again starting on June 24, so we just might see Pederson-Pham 2.0 if this is still going on at that point.

Unfortunately, the Reds and Angels aren’t scheduled to play each other this season. That’s too bad because it would have been fun to see Pham and Trout discuss this amongst one another.

The moral of the story: Fantasy football is a serious matter, even for MLB athletes.