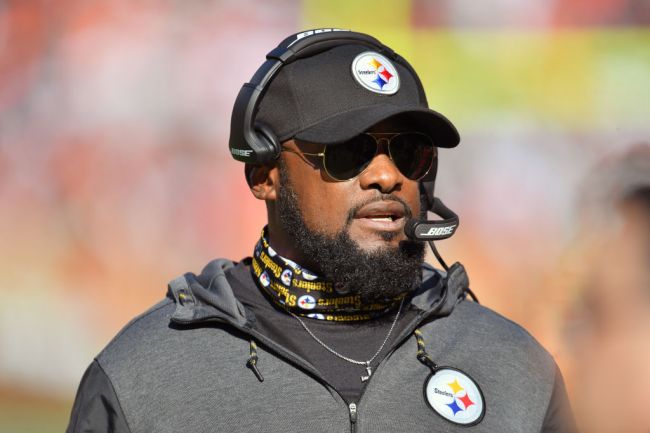 During an NFL preseason that’s had more than enough brawls, a heartwarming story about Pittsburgh Steelers head coach Mike Tomlin is bringing a nice change of pace.

If you’ve been following along to the NFL preseason, then you’ve noticed at least one of the many fights that have broken out at training camps within the last week. Most recently, the New England Patriots got into a scuffle with the Carolina Panthers during their joint practice. There was even a fight between Panther fans, which receiver DJ Moore had to break up.

One team that hasn’t seen things get too out of hand is the Pittsburgh Steelers and that’s likely thanks to their head coach. In his 15 years with the Steelers, Tomlin has established himself as one of the most respected coaches in the league and a new cheerful story is proving just why.

As reported by Fox Sports’ Jay Glazer, Tomlin was recently driving when he came across a group of local kids fighting. To the kids’ surprise, Tomlin pulls over to break it up. Then, he goes above and beyond by inviting them all to training camp.

Best thing/story I’ve seen so far on my camp tour. A little backstory. @CoachTomlin was driving in his car when he saw these kids fighting in the street. Tomlin pulls over and the kids, in obvious shock at who stepped out of the car, stopped fighting. (Read full story below) pic.twitter.com/08pFlZTtfx

When breaking up the initial fight, Tomlin actually spent the next few hours hanging out with the kids. It’s definitely not how any of them expected to spend their day. Then on Tuesday, he brought them to practice as his guests.

Not only did the kids watch the Steelers practice, but they also participated in some ladder drills under Tomlin’s supervision. Even running back Najee Harris joined in and gave some coaching tips. Now those are memories that will last a lifetime.

With the entire Steelers team showing love, it’s stories like these that really tug at the heartstrings. It’s also exactly why Mike Tomlin is such an amazing coach and an even better person.

Plenty has changed for the Steelers as they move on from quarterback Ben Roethlisberger. But coach Tomlin’s commitment to the Pittsburgh community is as strong as ever.