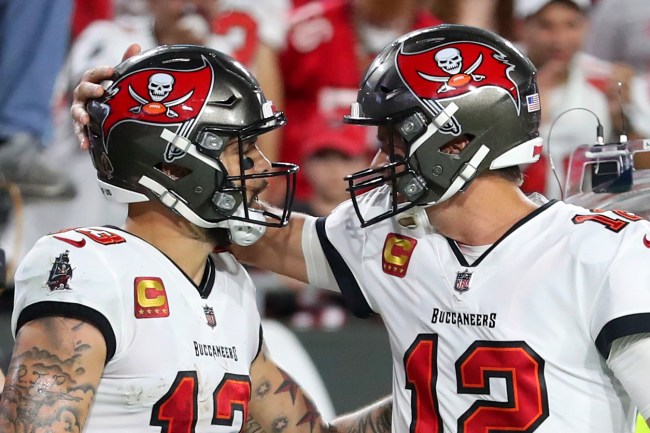 The NFL world was stunned after Tom Brady retired from the NFL. But, not too long after, the sports world was rejuvenated after Brady decided to return to the league and the Tampa Bay Buccaneers once again.

But, wide receiver Mike Evans revealed a story recently that shows that even he didn’t know Brady was going to return. In fact, Evans thought Brady was trolling him.

This story from Evans is pure gold. Just sit back and enjoy.

A few hours before @TomBrady announced his return, he sent Mike Evans a series of cryptic texts.

1st, a link to an article about the “final” TD ball Evans tossed in the crowd.

“There’s more touchdowns in our future.”

Evans tells me he thought Brady was messing with him. pic.twitter.com/gh3i1hCj3l

Brady is neverending with the jokes, and Evans clearly had no idea what would happen shortly after.

Now, Brady and Evans will head back for one more season — at least — with Tampa Bay, and their eyes are set on hoisting another Lombardi Trophy. And, who knows, maybe another boat parade.