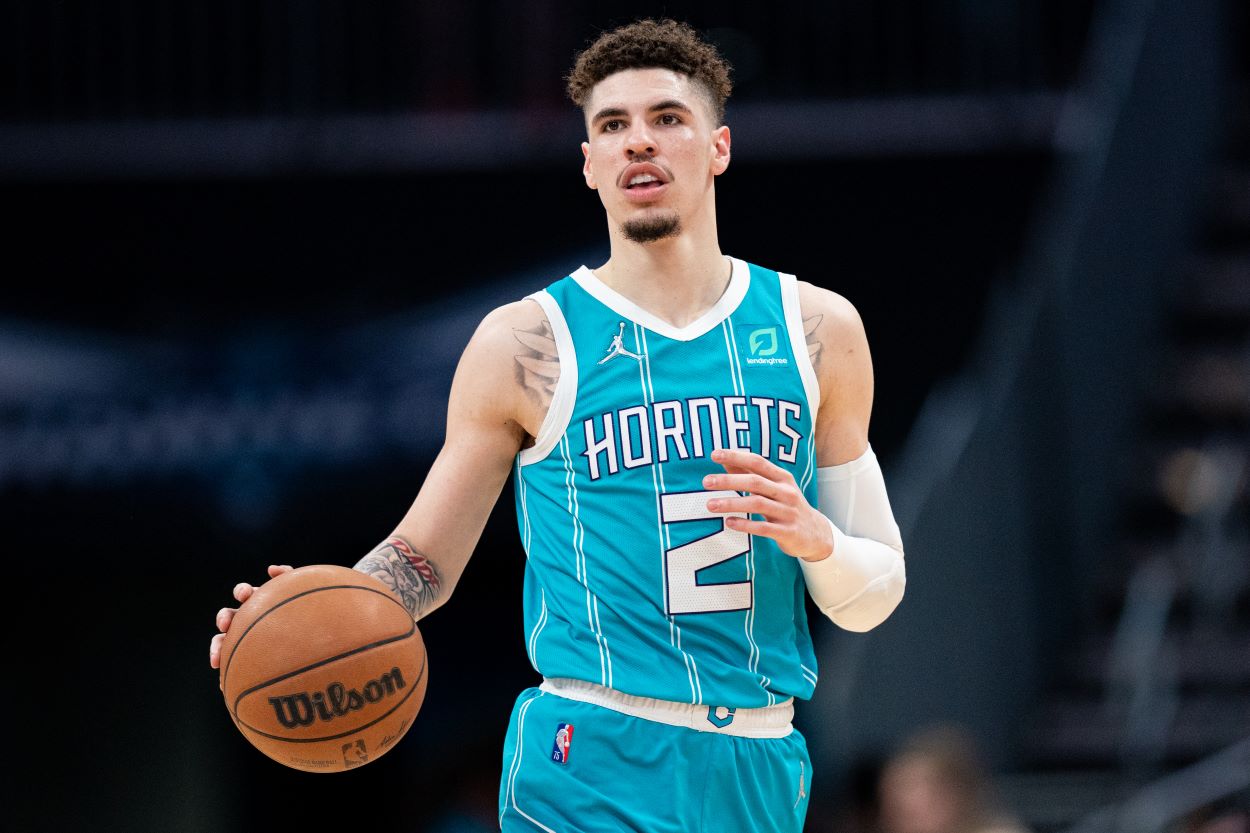 LaMelo Ball is a budding NBA superstar for the Charlotte Hornets. The second-year guard made his first All-Star appearance in 2022 after being named the league’s rookie of the year in 2021.

But nothing could possibly be more affirming of his stardom than a video that surfaced on Tuesday.

In the video shot by TikTok user @ndesteve, a group of kids are seen waiting outside the Charlotte Hornets facility in hopes of meeting Ball.

What they got instead should be the moment of a lifetime. While looking for Ball, the kids ended up running into Jordan, the team’s owner and perhaps the most famous athlete of all-time.

Now, Jordan’s response wasn’t exactly the most friendly. In fact, it brought back shades of a particularly famous meme. The basketball legend appears to tell the kids to put the phone down as he walks to his car.

After rejecting a picture with the kids, they ask about the real star of the city…”Where LaMelo at?!”

And suddenly with just three words I suddenly feel 25 years older. A chance meeting with Michael Jordan is no longer the coolest thing imaginable. Instead, LaMelo Ball is the center of attention in Charlotte.

While meeting an NBA All-Star is admittedly a pretty cool moment, it’s safe to say the youths have officially broken me.