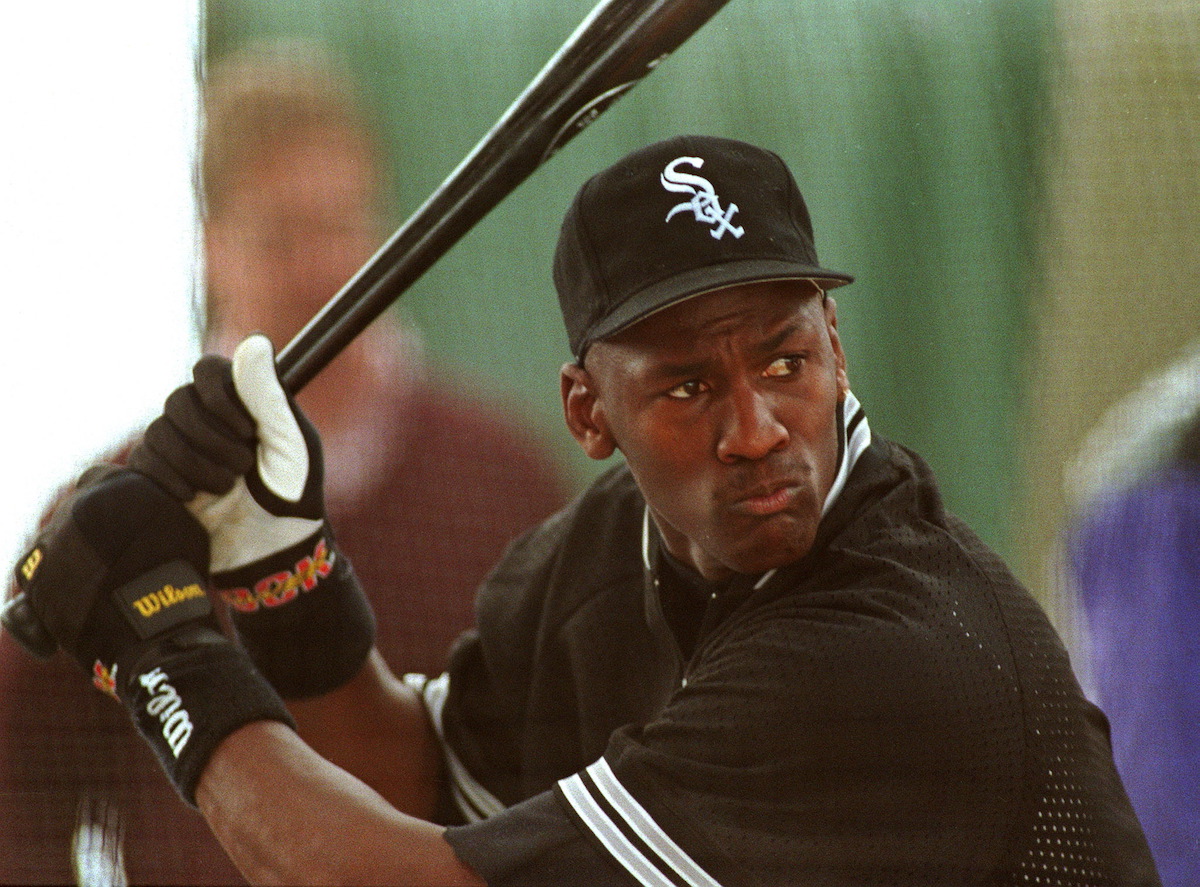 We all know Michael Jordan as “His Airness,” with the former Chicago Bulls icon earning the GOAT distinction while winning six championships during his NBA playing days. And while MJ made a name for himself on the hardwood, he also shocked the world by retiring in 1993 to pursue his original passion: baseball.

Although Jordan’s pro baseball career was brief and he returned to the Bulls during the 1995 season, any sports memorabilia of him on the diamond has been skyrocketing in price lately. Case in point? A 1991 Upper Deck baseball card of Michael Jordan in the batting cage wearing a Chicago White Sox jersey, with a card graded Mint 9 by PSA selling for $400 on eBay. The same card was regularly being bought for just $20 earlier this month, so it’s caught fire lately.

According to Online Gambling, the Michael Jordan batting practice card has the full description on back, which details the story about when and where the photo was captured.

“The description on the back of the card notes that Jordan took batting practice with the White Sox on July 25, 1990, before a game with the Cleveland Indians. Jordan hit two over the fence during BP, including one into the upper deck. He posed in a White Sox uniform for a photo to go on a souvenir poster, the proceeds from which went to his charity, the Michael Jordan Foundation.”

Look, when it comes to sports memorabilia, nothing is as hot as Michael Jordan souvenirs. Whether that be game-worn jerseys, a unique pair of Air Jordan shoes, or, like in this instance, a rare card of the basketball legend taking swings in the batting cage, this type of stuff has a market that’s basically unmatched. So if you’re one of those people who have saved your MJ gear until now, it might be time to consider putting it up for sale to see what you can fetch.