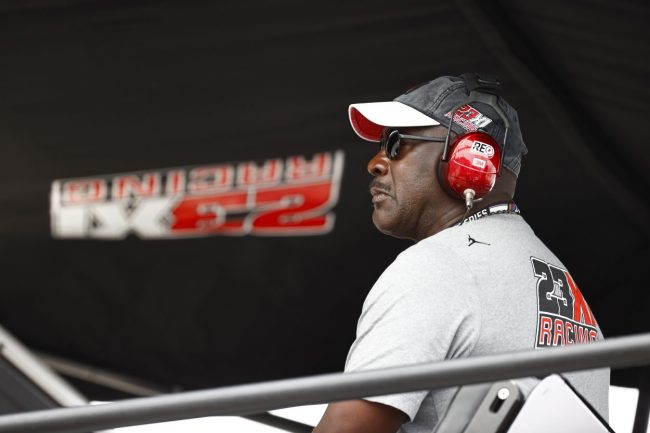 Jordan has had mixed results after entering the NASCAR Cup Series in 2021 as a partner with Denny Hamlin to form 23XI race team. Driver Bubba Wallace picked up the team’s first win at a rain-shorted event at Talladega Superspeedway last October. Jordan and Hamlin expanded the team in 2022, adding former NASCAR Cup Series champion Kurt Busch into the fold.

Busch immediately repaid Jordan and Hamlin’s faith, taking the win at Kansas Speedway in May to lock himself into the series playoffs.

Now Jordan is taking his biggest swing yet and showing the NASCAR world he’s not messing round. His 23XI team announced on Twitter on Tuesday that it had signed impending free agent Tyler Reddick to a contract for the 2024 season and beyond.

Always preparing for the future. The build continues…@TylerReddick – Locked in for 2024 🔐

Reddick picked up his first cup series victory earlier this month at Road America. He’s one of the sport’s rising stars, and he’s a two NASCAR Xfinity Series champ in 2018 and 2019. Reddick is also considered the sport’s premier free agent when his deal with Richard Childress Racing following the 2023 season. Now we know his destination

The 26-year-old finished 13th in points a year ago and currently sits in 14th spot. Albeit in equipment that many consider less competitive than the top teams.

Fans and journalists across the sport were rocked by the announcement.

This is a statement. Wow. https://t.co/1bo3EUooIw

Big NASCAR news this afternoon. Tyler Reddick is leaving RCR and will be driving for @23XIRacing beginning in 2024. @WFMY @_amandaferguson #wfmysports https://t.co/Rw9xPstLO9

Big news but not surprising coming from this group. When someone is a hot prospect you want to snap them up at the earliest opportunity. https://t.co/d4HRivcbkR

The race team didn’t say whether Reddick would join in a third car or if he’s replacing Wallace or Busch, who will be 45 when the 2024 season begins. But one thing’s for sure, Michael Jordan means business in the NASCAR world.