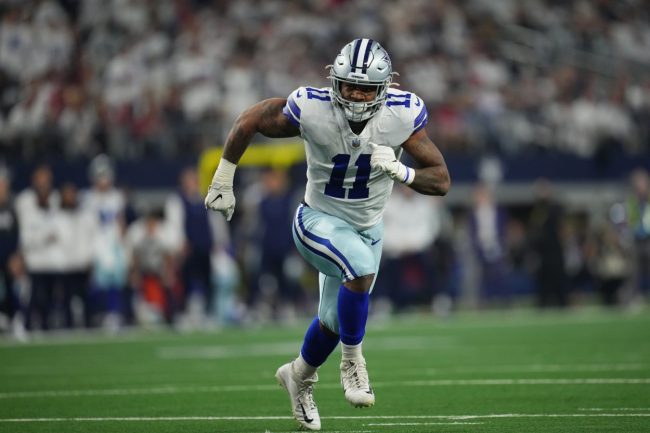 Dallas Cowboys linebacker Micah Parsons is absolutely loving life in the NFL. And why wouldn’t he? The young superstar burst onto the scene as a rookie. He took home the NFL’s 2021 Defensive Rookie of the Year award after racking up 84 tackles, 13 sacks and three forced fumbles.

But it’s not just on the field where Parsons is making his mark. He’s ingrained himself in the Dallas community thanks to things like Home Run Derby appearances and appearances at various Dallas sporting events.

Perhaps the most notable example of this is the Penn State product giving away pizzas to families in need at an area Pizza Hut. Now it seems Parsons is back in the giving spirit.

As anybody who follows Parsons on Twitter knows, the second-year Cowboys player is a huge fan of the EA Sports NFL Madden video game franchise.

I might be done playing madden until my middle field safety learns how to play a post correctly!!! Swear to god Mut makes me want to break my game!

This might be the most realistic madden I ever seen!! 😂😂 yeah it’s time!!! https://t.co/gpmmaKMhMh

He’s even started doing commercials for the game.

You run bleachers, I move em’
@EAMaddenNFL…what else do I gotta do?! #Madden23 pic.twitter.com/r610hTGmHC

And like I said this is dez with out cheat code Kyler !! You really can’t fwm you suck!!!! Like said I’m the best !! @DezBryant 21 before half now this is getting smacked!! pic.twitter.com/n3CLnIaW13

And this is dez quitting!! pic.twitter.com/WrQ17lAgvr

Now Parsons wants others to join in the fun. He took to Twitter on Tuesday and one simple question: who needed a copy of Madden 23?

Who doesn’t have madden 23 I want to bless some kids today?!

His replies were immediately flooded, and Parsons didn’t say just how many copies he was planning on giving out. But those who do get copies should beware. Parsons may want to challenge them to a game. And if they lose, the Pro Bowler won’t be afraid to go on social media and let the entire world know.

The first rule of NFL fight club is don't swing at a guy wearing a helmet. https://t.co/OZ3utetEUs

Pretty soon Parsons may dominate the field both in real life and on the sticks.