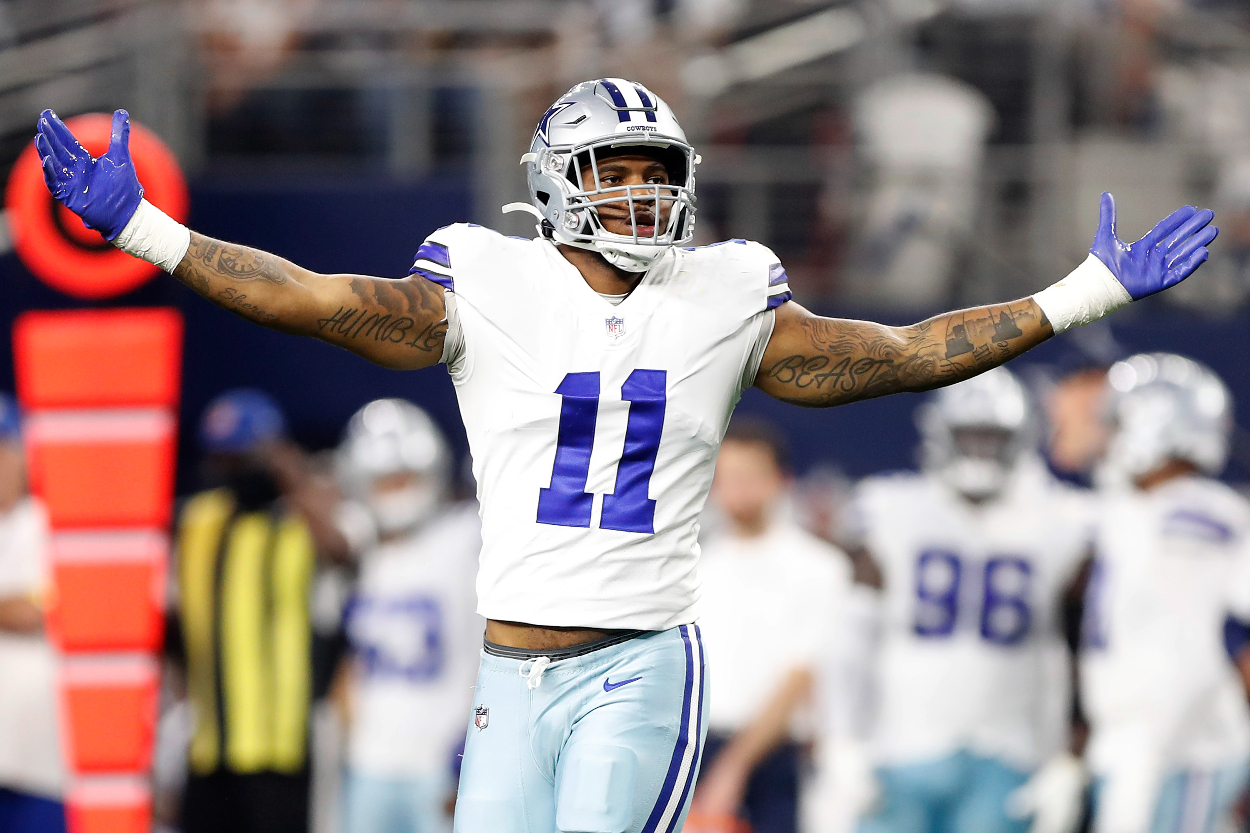 Dallas Cowboys linebacker Micah Parsons is up to his old tricks.

Parsons was the NFL’s 2021 Defensive Rookie of the Year. He split time between linebacker and defensive end, recording 13 sacks and generally becoming one of the league’s most disruptive defensive players.

One thing fans also know is that Parsons is extremely competitive. That’s the case on the football field as well as off of it. On Tuesday night, Parsons displayed his insane athleticism and competitive fire yet again.

The Cowboys held their annual Home Run Derby for charity at Riders Field in Frisco, Texas on Tuesday night. Unsurprisingly, Parsons wanted to not just win, but to make a statement in the process.

He did just that. Parsons hit a team-high eight home runs as well as this absolute bomb that cleared not just the outfield wall, but the confines of the stadium altogether.

They put the fence in the middle of the outfield at these charity home run derbys, to make sure players can hit dingers.

Micah Parsons just hit one out of the entire ballpark. Like, not over the outfield wall – over the fence that leads to the street. Then he took a victory lap. pic.twitter.com/p2SHDg3Tfa

After hitting the moon shot, Parsons proceeded to soak in all the glory, taking a lap around the bases. Some Dallas teammates may have a reason to cry foul, however, as Parsons appeared to have a leg up on the competition.

Sounds like his teammates lost a solid chunk of change for betting him that he could hit any bombs.

Either way, the NFL world is still marveling at the young Cowboys’ star who seems to make headlines every week, even in the offseason.

Aye this mf the best athlete in the world @MicahhParsons11

Parsons will return to his preferred field of play on Sept. 11 when Dallas welcomes the Tampa Bay Buccaneers for the first Sunday Night Football game of the season.