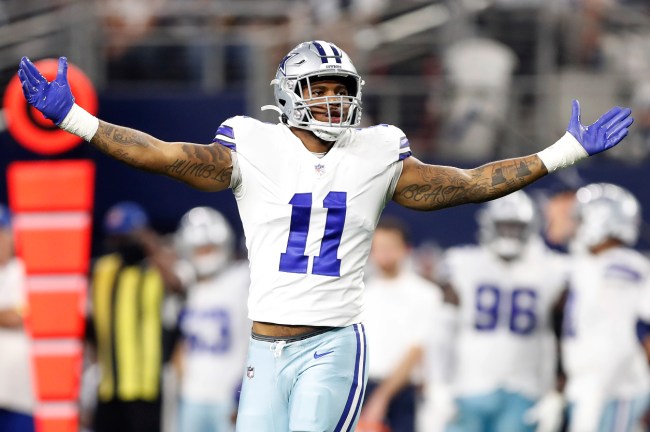 A little competition between teammates is never a bad thing. For the Dallas Cowboys, a pair of defenders are engaging in a bit of friendly competition going into the 2022 season.

Recently, veteran DeMarcus Lawrence stated that he is ready to take over the throne as the sack leader for the Cowboys (h/t David Moore of The Dallas Morning News).

“Become the sack leader again. I let a rookie show me up last year. … Shoutout to my boy, Micah.”

It wasn’t very close at all. Lawrence played in just seven games and registered three sacks while Parsons dominated in his rookie season with 13 sacks on the way to winning the Defensive Rookie of the Year Award.

Still, even with Lawrence’s intentions, Parsons let him know that he isn’t giving up the throne.

The former Penn State product is already a superstar in the NFL — and it has only been one season. After hearing Lawrence’s comments, Parsons had his own thoughts on the situation.

Cowboys DE DeMarcus Lawrence lamented last week that he “let a rookie” show him up in sacks. Micah Parson’s response?

“I’m sorry to tell him he’s never getting that back.” pic.twitter.com/4Z8jVPBLtx

It will be fun to watch both Lawrence and Parsons terrorize opposing offenses all season long and hopefully get Dallas back in the playoffs in 2022.

So, who will take the crown this time around? DeMarcus Lawrence or Micah Parsons?