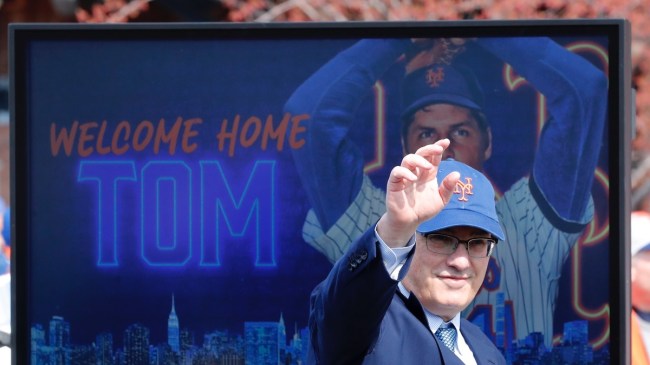 The New York Mets and New York Yankees are natural rivals. After all, the teams share a city, and the rivalry has only intensified lately. That’s because new Mets owner Steve Cohen has shown a propensity to be the biggest spender in the Major Leagues. And, that directly challenges the Yankees as one of the preeminent financial powers in Major League Baseball.

The rivalry on the field has been heated since Cohen’s takeover prior to the 2021 season. In 2021, a three-run home run game by the Mets’ shortstop Francisco Lindor nearly ignited a fistfight. And, the two teams split four hotly contested games in 2022.

There have been rumors of the Mets pursing Yankees’ free agent Aaron Judge. The Mets can certainly afford the prodigious free agent, and he would provide a much-needed power bat.

But, according to a report by Ken Rosenthal, the two teams are being investigated for collusion regarding Judge’s free agency.

It stems from a report by beat writer Andy Martino, who said that Cohen and Yankees owner Hal Steinbrenner are good friends and thus won’t bid against each other for Judge. this is, of course, against the collectible bargaining agreement.

"Owners Steve Cohen and Hal Steinbrenner enjoy a mutually respectful relationship, and do not expect to upend that with a high-profile bidding war." @martinonyc https://t.co/7aSnm0KVzU pic.twitter.com/Q4Ptn2CF4L

You may ask why this is a rule, but it’s pretty clear why the players would not allow teams to do this. Colluding on salaries is a way to drive down the cost of players, and in any union, that’s not going to be allowed.

We will see what comes out of this investigation. There is potential for fines and maybe loss of draft picks.