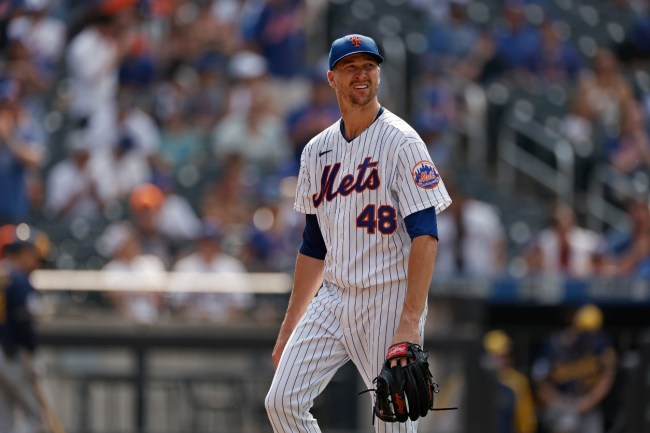 The New York Mets loaded up by signing Max Scherzer and Chris Bassitt. Jacob deGrom was set for another Cy Young campaign, and things in the Big Apple were looking pretty good.

Then, a rash of injuries went down through the Mets roster, and their loaded pitching staff went from the best in baseball to one of the worst in a matter of months.

Things might be looking up for the Mets as Jacob deGrom was seen throwing on Tuesday afternoon.

Yes, that is deGrom throwing at Citi Field, and Mets fans — and baseball fans, for that matter — rejoiced at the news of one of baseball’s best pitchers.

Back on April 1, it was reported that deGrom would miss MLB Opening Day and a significant chunk of time. deGrom’s return is still up in the air, and some reports said late June while others said July.

Nonetheless, deGrom throwing is a step in the right direction, and everybody is excited.