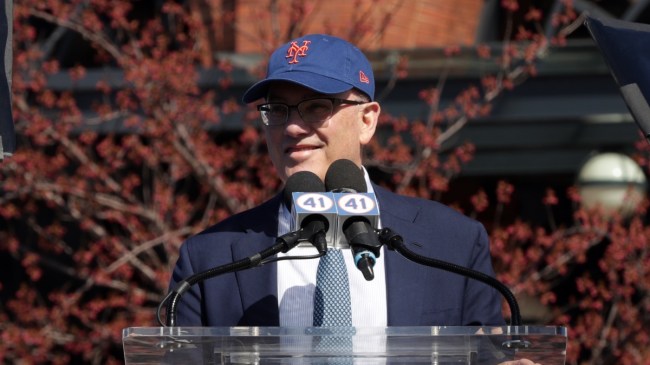 Steve Cohen, hedge fund manager and the owner of the New York Mets, has not been shy about spending Money since he bought the team 23 months ago. The lifelong Mets fan is dedicated to bringing home another World Series to Queens and is willing to do what it takes. He’s proved that with huge contracts already with superstars like Francisco Lindor and Max Scherzer. He went out and spent money on great veterans like Starling Marte last year, too. It paid off, as the Mets won 100 games before their season came to a calamitous end.

But, the Amazins’ have a lot of big-name free agents this offseason. Chief among them is Jacob deGrom, who you can make an advanced stats argument to be the greatest pitcher in the history of baseball. But, Edwin Diaz, who was the best reliever in baseball last year, is also a free agent, as well as one of the game’s best center fielders in Brandon Nimmo, among others.

Cohen isn’t wasting any time, though, and he is already locking up some of his stars before the exclusive negotiation window ends on Thursday.

The Mets Re-Signed Edwin Diaz To A Record Contract

Edwin Diaz picked a great time to have one of the great reliever seasons of all time as he was due to be a free agent. The Puerto Rican pitched to a remarkable 1.31 ERA with an unheard of ratio of 118 strikeouts to 18 walks. He struck out over half of the 235 batters he faced and his K/9 of 17.1 is among the best marks ever.

The Mets had to act, and they did.

Star closer Edwin Díaz and the New York Mets are in agreement on a five-year, $102 million contract, pending physical, sources familiar with the deal tell ESPN. There’s an opt-out and a full no-trade clause, plus a sixth-year option. The best closer in baseball stays in New York.

That is a massive number for a reliever. But, in my opinion Diaz is worth it. Being a closer in New York, whether for the Yankees or the Mets, is not easy. He’s proven he can handle all of the challenges that come with it, and the contract only takes him through his age-33 season, meaning they should get his best years. Most Mets fans agree.

It’s quite possible the team sets a new MLB payroll record this offseason.