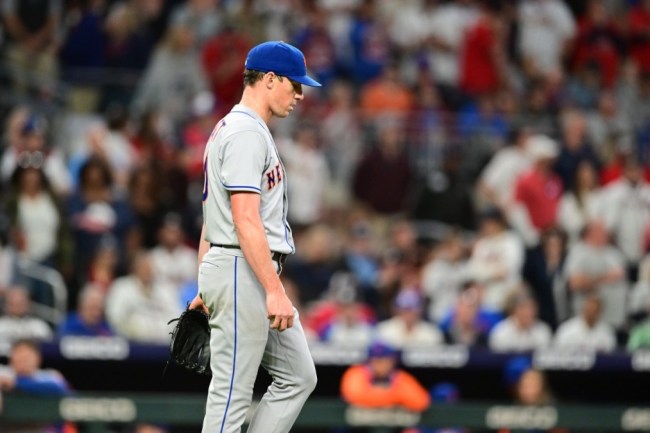 The New York Mets were in first place for nearly the entire season. for 95% of the days between the middle of April and the end of September, it was the Metropolitans in first place. Yes, the Mets hadn’t played great against a weak schedule in September, but they came into a huge series against the defending World Series champion Atlanta Braves leading by one game, with just one win in the series giving them a tiebreaker over Atlanta. All they would have to do is win one game with their best three pitchers on the mound and then sweep the lowly Nationals at home and they would win the National League East.

Of course, they didn’t. The Mets got swept in embarrassing fashion as the Braves have all but clinched the National League East After trailing by 10 1/2 games in June. They led in all three games only to see starters Jacob deGrom, Max Scherzer and Chris Bassitt implode, culminating in a 5-3 loss Sunday night.

It is so New York Mets.

Despondent may not even be a strong enough word to describe the mental state of Mets fans right now. As a Mets fan myself, I am ready to cancel the entire franchise.

Pathetic is an understatement.They are so much worse than just lifeless right now… I can't even think of the correct word to define them this entire series all I know is this is brutal and painful #LGM

I truly think that’s what makes this bad. A perfect storm of all of our flaws being exposed. Tread deadline acquisitions being exposed, our hottest bats falling asleep, and our top pitchers not delivering https://t.co/vVpyyCqtQu

If you remember, in 2007 they blew a big divisional lead, too. I was 12. It still scars me to this day. This series was worse.

what a pathetic showing by the mets all weekend

The Mets- the only team that can have one of the best seasons in their franchise’s history and still make fans absolutely sick to their stomachs. Disgusting and embarrassing. Try and sugarcoat it- you can not. Don’t care how many win. Total embarrassment.

They were in first place for 175 days! Basically half an entire calendar year of being on top and they’re going to limp home to the wild card round against the San Diego Padres.

I’m not too optimistic about that either. I think this team is spent and washed. Time to clean house.