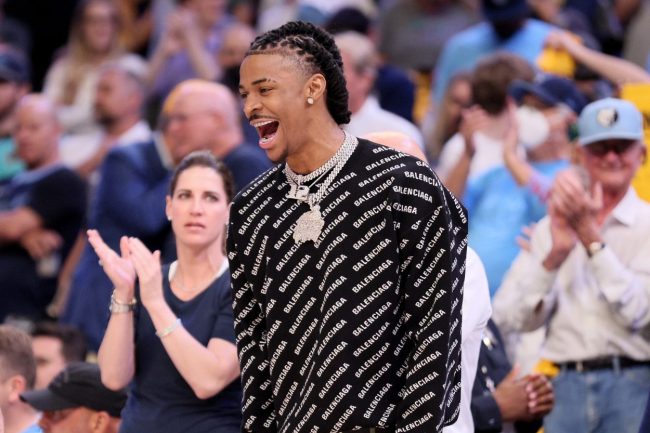 There’s no denying it. Ja Morant is an absolute superstar in the NBA.

Morant took his game to an entirely new level in 2021-22. He averaged 27.4 points, 6.7 assists and 5,7 rebounds per game to lead the Memphis Grizzlies to the second-best record in the entire league. For his efforts, Morant was selected to his first-career NBA All-Star Game. He was also named second-team All-NBA and finished seventh in the league’s MVP voting.

Oh, and Memphis gave him a shiny new contract as well.

Morant and the Grizzlies agreed to a multi-year deal on Wednesday to keep the superstar point guard in Memphis.

ESPN’s Adrian Wojnarowski reports the new deal is for five years and $193 million, which could rise to $231 million should Morant make an All-NBA team again next season.

Grizzlies fans have taken to Morant and not just because of his remarkable play on the court. The Murray State product has also become one of the league’s top personalities and even has a giraffe named after him!

Grizz fans were more than happy to hear the news of his extension.

Next Grizzlies season will be very hot 🔥🔥🔥 with Ja 🥷 https://t.co/nBpcAls06r

And Morant seems more than happy to stay.

Memphis is my home 💙

Following the extension, the Grizzlies could be a force in the league for a long time to come.