Memphis Grizzlies Fans Are Devastated Over News Of Jaren Jackson Jr.’s Injury That Will Keep Him Out Long Term 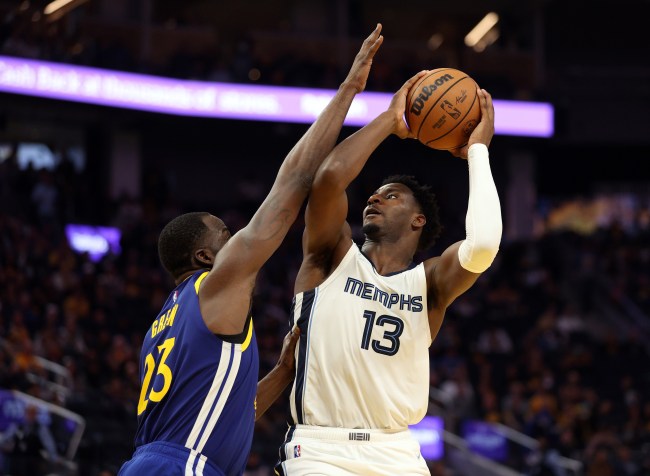 The Memphis Grizzlies big man was the fourth overall pick in the 2018 NBA Draft and put up a strong rookie season. He averaged 13.8 points per game to go along with 4.8 rebounds and 1.4 blocks. But he also missed 24 games. Jackson returned in 2019-20 and immediately impressed, averaging 17.4 points per game to go along with elite defense. But he still missed more than 20 games. Jackson then tore his meniscus at the end of the 2019-20 season and played just 11 games in 2020-21.

This past season, he seemed to turn a corner. Jackson played in 78 regular season games as the Grizzlies stormed to the second-best record in the Western Conference. He averaged 16.8 points per game while still playing elite defense and looked like a potential star on a title-contending team for years to come.

But now the injury bug has struck again.

BREAKING: Memphis Grizzlies F Jaren Jackson Jr., underwent surgery to repair a stress fracture in his right foot on Wednesday and is expected to be sidelined for 4-to-6 months, sources tell ESPN. Jackson is expected to make a full recovery. pic.twitter.com/RBFlyYiiUq

According to ESPN’s Adrian Wojnarowski, Jackson Jr. underwent surgery to repair a stress fracture in his right foot that will cost him 4-6 months out of action.

Memphis signed Jackson to a four-year, $105 million extension in October. The deal immediately paid off with his fantastic 2021-22 season and he became a fan favorite. Now Grizz fans are crestfallen after the news of the young star’s latest injury.

This is NOT the kind of Woj Bomb we like to see!

Jackson’s absence is huge for a Grizzlies defense that lost another anchor in De’Anthony Melton, who was traded to the Philadelphia 76ers on draft night.

The recovery time table puts Jackson on track to return around Christmas Day, when the Grizzlies are expected to appear in one of the NBA’s marquee matchups.