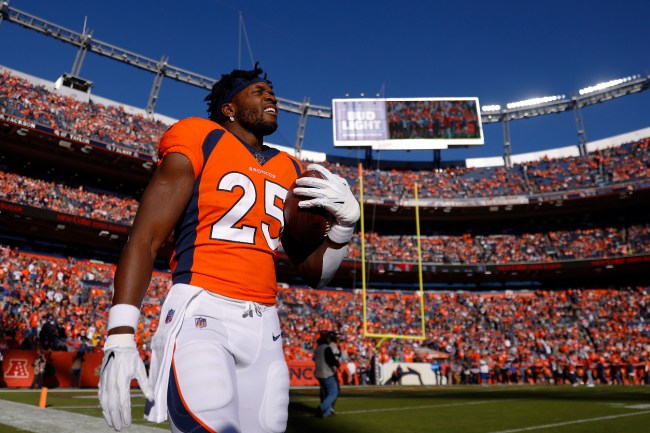 The NFL offseason is in full swing. With training camp around the corner and the start of the NFL season coming sooner than later, workout videos are popping out left and right.

This time, it is Denver Broncos running back Melvin Gordon.

The former Wisconsin Badgers star posted a video of him working out on the beach and running in the sand. We all know how hard it is to run in the sand. However, Gordon made it even more difficult by rocking some unique footwear on the beach.

Yes, Gordon rocked a pair of Timberlands on the sand in this video.

Melvin Gordon getting that beach work in TIMBS 😳 @Melvingordon25 pic.twitter.com/Lsiyzt2BSB

Gordon is coming off a strong season for Denver as the 1-2 punch of Javonte Williams looks to be one of the best in the NFL. Gordon put together 918 yards and eight touchdowns in 16 games and signed another deal to run it back with Denver once again.

Nonetheless, Gordon might be trying to get a Timberland sponsorship with this video. Of course, who knows, but who would willingly work out in Timbs on the sand?

Training camp is kicking off soon, and with many changes in the Broncos organization, the offense will look quite different this year than it did in 2021.