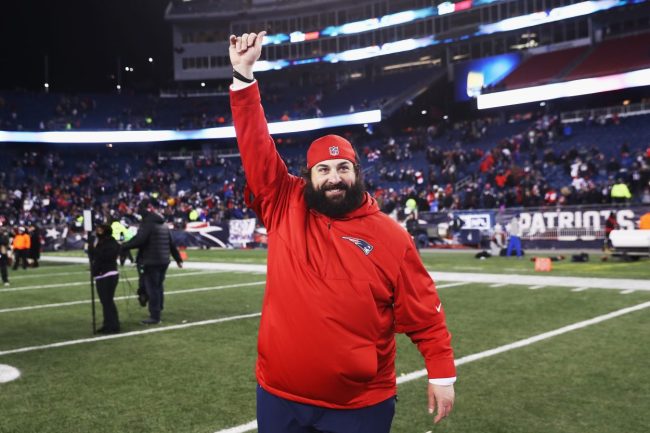 The New England Patriots offense has been nothing short of a disaster leading up to the 2022 NFL season according to reports. Some reports even went so far as to call the offense “distressingly bad” and saying that “looks broken.”

Those issues showed themselves in New England’s 23-21 preseason loss to the New York Giants where the put up just 308 yards of total offense. Despite the obvious struggles in training camp, the Patriots opted to sit second-year QB Mac Jones for that game, a decision that came under a ton of scrutiny.

Many have put the struggles down to New England’s odd decision not to name an offensive coordinator following the departure of Josh McDaniels to the Las Vegas Raiders. Instead, Bill Belichick has split up responsibilities between a pair of failed former head coaches, Matt Patricia and Joe Judge.

Both Patricia and Judge called plays in the opening week of preseason. But in an interview with Massachusetts radio station WEEI, Patricia said that he doesn’t believe it’s a competition between he and Judge.

“Honesty it’s just collaborative,” Patricia replied when asked to describe the offensive coaching arrangement with Belichick and Judge during training camp. “We follow Coach Belichick’s lead. I’m just trying to do my job to my best ability, whatever he asks me to do…we’re all just working together right now which is the great part about it.”

Many around the league saw Patricia as one of the brightest young minds in the sport prior to his stint with the Lions. But the majority of his coaching career has come on the defensive side of the ball.

Either he or Judge will have to figure it out or it could be a long season in Foxboro.