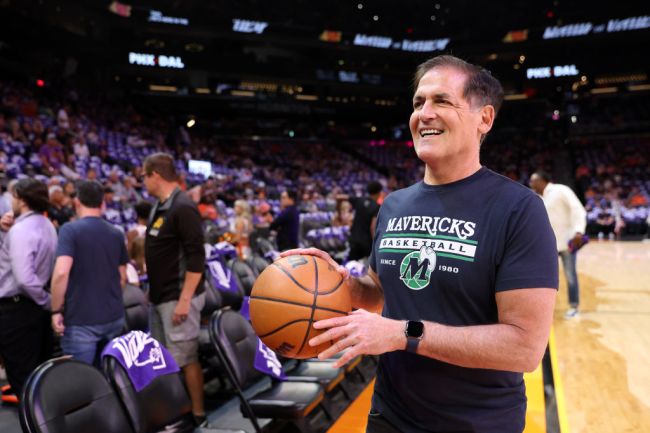 The Dallas Mavericks won their first-ever NBA Championship in 2011. But had this one trade gone through, they might’ve seen even more success much earlier.

Los Angeles Lakers Kobe Bryant requested a trade in 2007 after first-round playoff losses in back-to-back years. It appears that the Mavericks, who lost in the 2006 NBA Finals, were one of the teams in serious consideration at the time.

On Tuesday, Mavericks owner Mark Cuban joined Taylor Rooks on the Bleacher Report app and shared details about the failed trade. He didn’t just think the Mavs were close to getting Kobe, he thought it was a done deal.

Cuban claims that then-Lakers owner Jerry Buss contacted him about the possibility of a trade involving the star shooting guard and talks quickly developed. However, after sharing the news with a PA named Elvis, the trade ultimately fell apart.

When asked why the trade actually failed, Cuban says it’s like any other situation where a star player demands to leave. Teams will do everything possible to prevent it, so general manager Mitch Kupchak must’ve convinced Kobe to stay with the Lakers.

This isn’t the first time Cuban has shared this story either. Earlier in the year, he joined JJ Reddick on the Old Man and the Three podcast and revealed which players would’ve been included in the trade.

Mark Cuban on almost getting Kobe for Josh Howard, Jason Terry & picks in 2007, when Kobe demanded a trade.

Kobe said the Bulls were his No. 1 choice & that he vetoed a trade to the Pistons.

Mavs fans can rest easy knowing Dirk Nowitzki was never a consideration. Although according to Cuban, even the big man was willing to offer himself up in the trade.

In the end, Kobe stuck with the Lakers. They added Pau Gasol the following year and the rest is history. Now, fans can only wonder what could have been had Kobe joined Dirk and the Mavericks.