The Manningcast Is Back With The Manning Brothers, and Eli Just Cannot Stop Making Fun Of Peyton 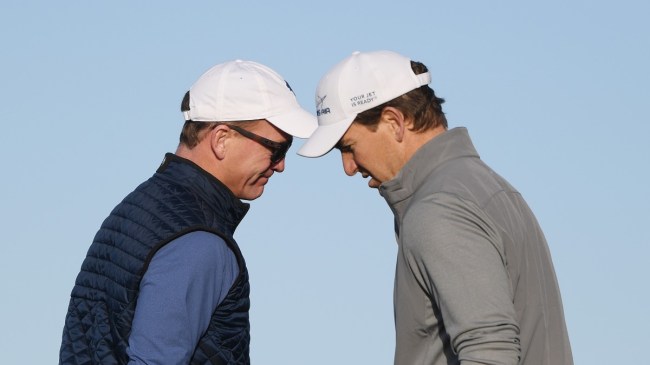 Last year, the Manningcast set the football world on fire.Manning brothers Peyton and Eli were great with their banter back and forth and had big-time guests like Tiger Woods, Barack Obama, and Tom Brady.

Naturally, ESPN wanted to bring back the Monday Night Football Manningcast with the Manning Brothers for this year and even expanded the number of games it would come on. Thankfully for viewers, the theme of Eli relentlessly flaming Peyton has continued in tonight’s 2022 debut.

Last year, Eli would constantly make jokes about Peyton’s admittedly massive forehead. They were back in week one. You have to watch this video.

Eli Manning to Peyton: "I want to see you do that same dancing move, Peyt."

Peyton: "If you go all season without making fun of my forehead, I will do that dance."

Eli: "No dance. No deal. Cannot do it." #ManningCast 🏈 pic.twitter.com/hc5vcjI2KF

Some even think the forehead is bigger this year than last year. That, my friends, is called a receding hairline.

You’re right, they never do get old.

The Manning’s will do ten Monday Night Football games this year.