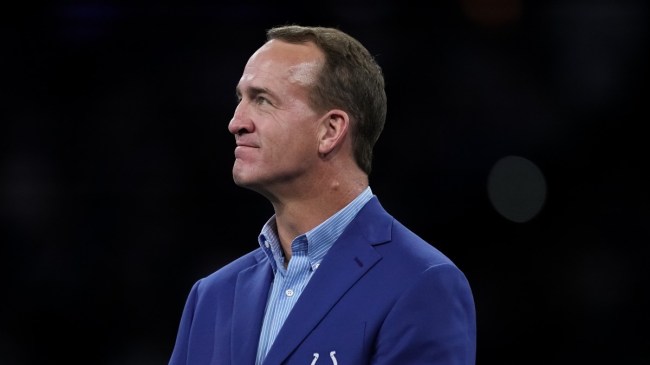 After a crazy day that involved the Indianapolis Colts firing their head coach Frank Reich and hiring Jeff Saturday as interim coach, attention is going to who the next permanent coach will be.

There are a lot of options out there. First of all, they could just hire Saturday to be the permanent coach if he performs well. But, names like Dallas Offensive Coordinator Kellen Moore, Michigan coach Jim Harbaugh, and Ohio State coach Ryan Day are all names that are popping up.

Those would all be traditional hires, more or less. But, one very prominent sportsbook has someone else as the favorite.

Sometime after Reich’s firing, sportsbook Bovada posted odds on who they thought would be the next Indianapolis coach. The odds will shock you.

Uh, Peyton Manning? This just makes no sense. Manning has never expressed interest in being an NFL head coach, and certainly not at this point in his life. He’s got a great gig with ESPN on the Manningcast and with some other shows he works on there, like Peyton’s places.

For the record, here is Manning’s reaction to Saturday being hired.

There are some more realistic names on the list. A few of the ones I mentioned earlier are on there. But, some other interesting names including Eagles’ QB coach Brian Johnson and Bills’ offensive coordinator Ken Dorsey also appear.

It will be interesting to see who ends up being the next coach in Indianapolis. Of course, at this rate, it could be literally anyone based on the interim hire.