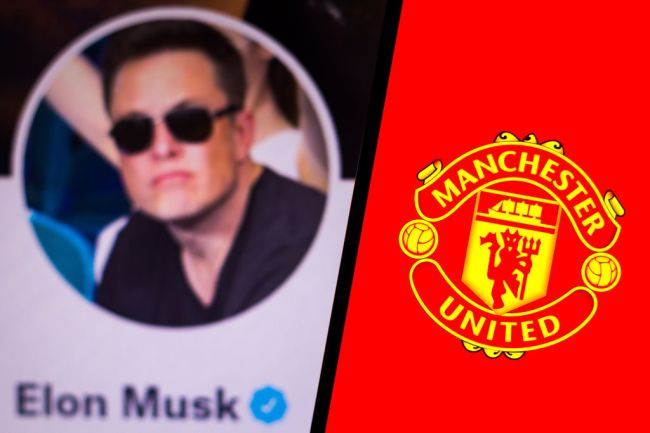 Telsa CEO Elon Musk is currently engaged in a legal battle with Twitter, but that hasn’t stopped him from announcing his next big purchase.

The world’s richest man shocked everyone earlier in the year by announcing his plans to purchase the social media platform. Then, Twitter sued him last month after he attempted to back out of the $44 billion deal.

Despite the ongoing lawsuit, Musk already has plans for another purchase and it appears he’s interested in a Premier League football club this time. The Tesla CEO delivered the big news on Tuesday by tweeting out his plans to purchase Manchester United. You’ll have to decide whether he’s joking or not though.

Manchester United is one of the most storied football clubs in the world with a record 20 top-division titles.  However, the club’s recent performance has been anything but world-class. The Red Devils haven’t won the Premier League since 2013 and this season has been off to an absolutely disastrous start.

Star striker Christiano Ronaldo requested a trade before the season even began and then the team lost their first two opening games. The club currently sits last on the table with a staggering -5 goal differential and fans are more than frustrated with the current ownership.

The Glazer Family, which also owns the NFL’s Tampa Bay Buccaneers, has been under fire ever since taking over the club in 2003. The recent run of poor performance has only reignited the flames and fans are demanding change. With Musk seemingly ready to take over, Machester United fans were all in.

ELON WHAT NO WAY NO WAY WHAT IS HAPPENING

Buy Manchester United, for the salvation of this club.

Some fans were already giving him suggestions for possible moves to make too.

It could just be another troll from the world’s richest internet meme lord at the end of the day. But given how upset fans are with the current ownership, they’ll be desperately hoping Elon Musk actually follows through.