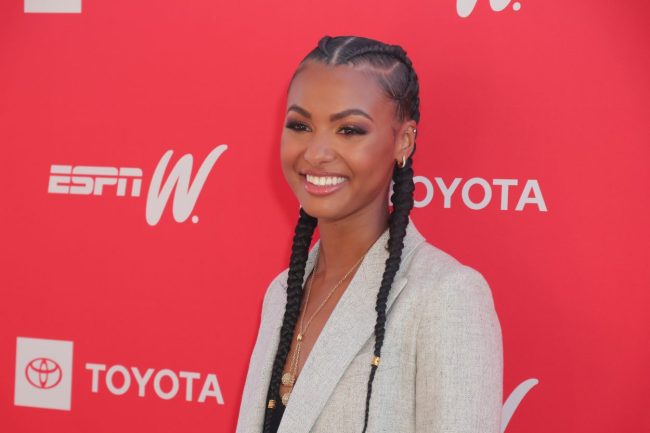 Malika Andrews is a rising star at ESPN.

This is despite some coworkers who may or may not have wanted Andrews to wait her turn.

But she did so in absolutely brutal fashion.

Zach Lowe is gobsmacked… so am I. Bobby Marks is having bad flashbacks pic.twitter.com/n6dYh9dprN

“Let’s bring in someone who knows just a little something about trading a smattering of picks to, uh, Danny Ainge.”

Marks, of course, was the mastermind behind the trade that saw Brooklyn acquire Kevin Garnett, Paul Pierce and Jason Terry for three unprotected first-round draft picks, a first-round swap, and a slew of add-on players. The Nets won just one playoff series with the over-the-hill stars and quickly became one of the league’s worst teams. The Celtics, meanwhile, turned the picks into Jaylen Brown and Jayson Tatum to help build what’s now one of the league’s best teams.

OMG @malika_andrews with no chill what so ever 😂😭 @BobbyMarks42 https://t.co/XkUsGZVS4Z

Poor Bobby is probably never going to live that one down. But hey, landing at ESPN isn’t the worst possible outcome.