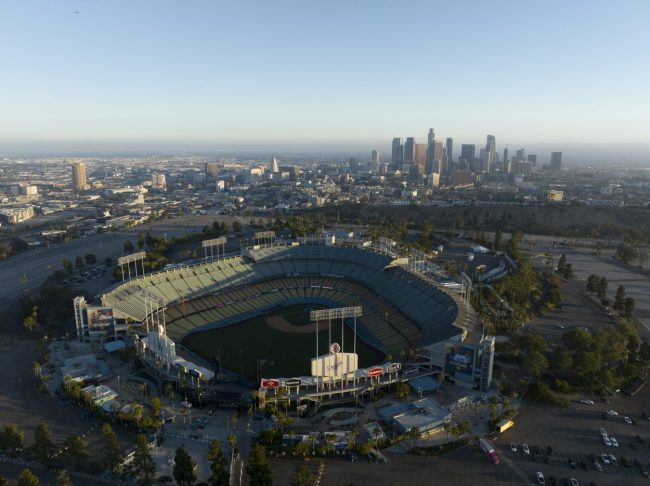 They’ll remember that the game ended in a tie.

A tie? You say. Yes, a tie. Both teams ran out of pitchers and the managers, as well as the league, decided to call the game as is. The decision hung like a dark cloud over the league until Major League Baseball decided to do something about. From 2003 to 2017, the MLB All-Star game determined which team had home-field advantage in the World Series.

As it turns out, fans hated that rule too after teams with the better record were forced to go on the road to start the series due to what largely amounts to an exhibition.

But what if it did? Nobody wants to see another 2002 redux, and Major League Baseball knows that. So on Monday afternoon, the league announced a brand new way to settle a tie after nine innings. And it’s the coolest possible way.

It's officially official: Should the All-Star Game be tied after nine innings, the game will be settled via a Home Run Derby. Each manager will select three batters to participate, and each batter will get three swings. The team with the highest total after the three rounds wins.

The walk-off dinger is the best thing in baseball, bar none. Under the newly introduced Home Run Derby tiebreak format, fans are guaranteed at least a chance at solid chance at a walk-off dinger if the game is tied after nine inning. So it should come as nobody surprise that people loved the new format.

Me if the All-Star Game ends in 9 innings with a walkoff: https://t.co/S5aOMiYNFv pic.twitter.com/0GdtTLwB2n

Every baseball fan will now be rooting for a tie game after 9 innings. https://t.co/lLru6Lupjj

This is fine for an exhibition but regular season games should still be treated a little more thoughtfully, though. (Tie broken by 5 v. 5 shootout, either hockey or soccer style, home team gets to choose) https://t.co/pOYk4YQyMp

Many fans prefer it to the current extra-inning rules in regular season games.

Honestly this is a much better solution than the runner on second for regular-season tied games after 9 innings. https://t.co/AGgEZujsSp

Still a better idea than an automatic runner on second https://t.co/qLhp8cDrpB

Dingers. Dingers for all of these people!