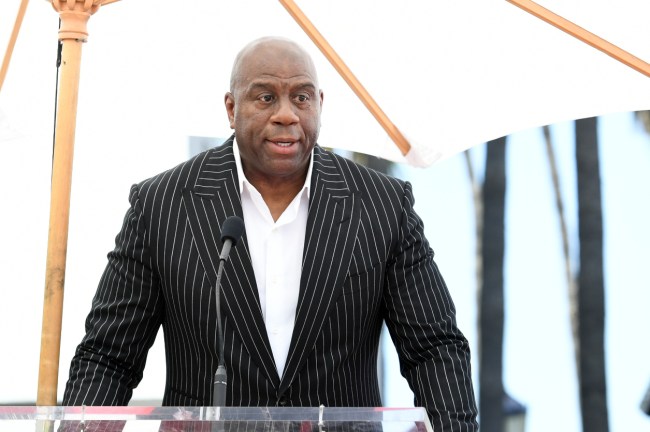 The Golden State Warriors winning the NBA title has everybody buzzing about the Dubs. Stephen Curry got his first Finals MVP, Klay Thompson battled back from two devastating injuries, and Draymond Green and Andrew Wiggins silenced the doubters after defeating the Boston Celtics in six games.

Head coach Steve Kerr has also been getting a lot of praise after the Warriors claim their fourth title in this era. Kerr even landed on Magic Johnson’s Mount Rushmore of NBA coaches — which includes other legendary names.

Pat Riley, Phil Jackson, Red Auerbach, and Greg Popovich (which is actually spelled Gregg) are the other names on this list.

But, there’s one thing to note: Mount Rushmore has four faces, not five.

It isn’t that Johnson’s list is bad. Does Kerr belong with those other legends? Maybe. After all, he does have four NBA titles.

There is certainly an argument to be made, although Kerr might need to do more before being mentioned among Phil, Red, and Pop.

Nonetheless, Johnson’s take got roasted in a terrible way for his inclusion of a fifth face on Mount Rushmore.

Buck, I love you but you’re 1 over the Mount Rushmore limit.

Magic has always changed the game. Apparently Mt. Rushmore has 5 people on it now https://t.co/EmbAT9zGeX

This is an all-time Magic tweet. Oh my god.

Still, it is some strong praise from Magic, and Kerr has done a terrific job in his head coaching career.