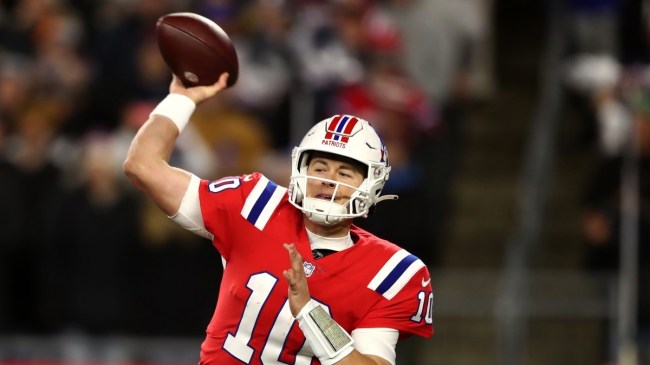 After making the pro bowl as a rookie, It was supposed to be a great second year as a Patriot for Mac Jones. The former first-round pick came into the season with a lot of momentum, and New England fans thought they may have found a suitable replacement for Tom Brady. But, things haven’t gone to plan. He picked up an early-season injury that caused him to miss time. And, the offense just hasn’t gotten on track under surprise play-caller Matt Patricia

Still, he had the Patriots at 6-5 entering Thursday night’s divisional clash against the Buffalo Bills. But, it ended in discontent on the New England sideline.

Mac Jones cussed Matt Patricia out on the sidelines

New England’s offense only had one big play the entire game, and it resulted in their only touchdown.

Other than that, it was a piss-poor night on that side of the ball. Mac had enough.

Patricia was recently the head coach of the Detroit Lions, and hadn’t coached on the offensive side of the ball since 2005. Why Bill Belichick gave him the reins to the offense is beyond me. It seems like the worst thing he could’ve done to his young quarterback after Josh McDaniels left to coach the Las Vegas Raiders.