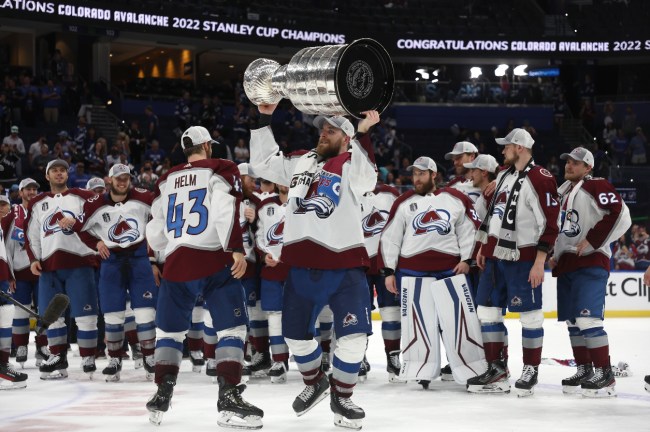 The Colorado Avalanche won the Stanley Cup (and dented it) on Sunday night and sent the entire state of Colorado into a massive celebration.

Well, the Avalanche’s victory also sent one extremely lucky bettor into the biggest celebration of their life, probably.

This bettor turned a free bet into a massive $269,000 victory following a tremendous parlay involving the NBA, NFL, and NHL, so the Avalanche were the last straw in this unreal, life-changing turn of events.

Here’s How The Bettor Cashed In Thanks To The Avalanche

The Avalanche were the last piece of the parlay, and the Golden State Warriors and Los Angeles Rams were the other two.

Talk about a perfect parlay bet. The TOTAL odds were +53,800, and this bettor must have been sweating profusely since the Warriors won the NBA title against the Boston Celtics. And it feels like an eternity ago that the Los Angeles Rams defeated the Cincinnati Bengals in the Super Bowl. Yet, it all worked out.

Nonetheless, the Avalanche made a dream come true and cashed out a massive amount on a free bet.