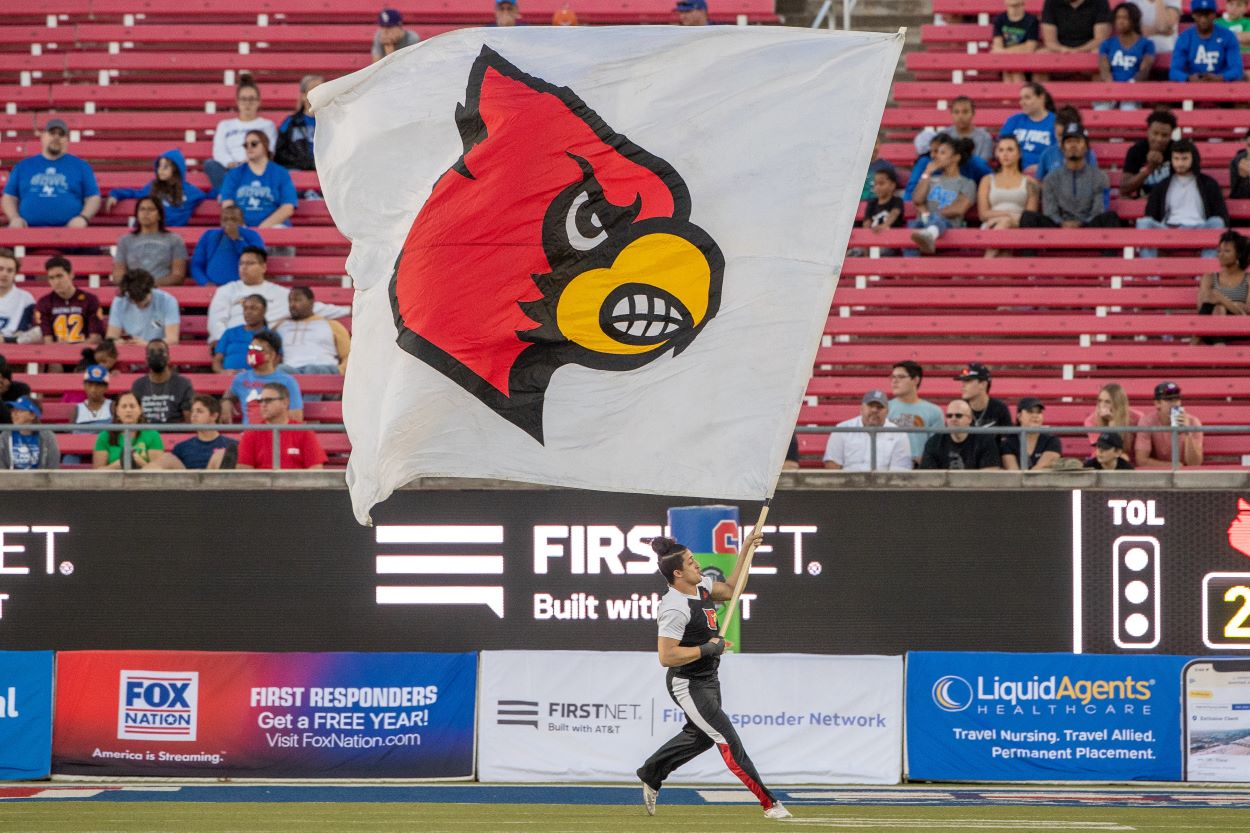 Safe to the University of Louisville has this name, image and likeness stuff down pat.

The Cardinals are just 18-19 in their first three seasons under head coach Scott Satterfield, but that hasn’t seemed to matter when it comes to recruiting. Louisville entered Monday with one of the best recruiting classes in the nation in 2023, and it got better from there.

Louisville gained a commitment for five-star running back Rueben Owens on Monday night.

The Texas native is the top running back in the nation according to 247Sports and No. 18 overall player regardless of position.

He had previously been committed to Texas before reopening his recruitment a little over a year ago. His commitment to Louisville comes just one day after returning home from an insane official visit.

Everything is bigger and better in the era of NIL. But Louisville may have just taken things to an entirely different level. The Cards hosted one of the most insane official visits you’ll ever see this past weekend for some of their top recruits, Owens included.

Louisville football is hosting its biggest recruiting weekend ever and it has gone all-in on impressing recruits.
Thread:

The visits began Friday with a deep-dive into UofL, followed by a trip to Bowman Field where players ate dinner with private jets and insane cars pic.twitter.com/XYW5PGkn0b

Elite four-star quarterback commit Pierce Clarkson seemed to lead the way for most of the visit.

Did we mention there were private jets?

Oh, and billboards too!

Louisville commits are featured on a billboard downtown. The digital billboard flashes individual graphics for each commit pic.twitter.com/6gyBMaj6Nx

You can’t forget the luxury cars.

Louisville might be in the drivers seat for Rueben Owens, the No. 1 RB in the country pic.twitter.com/Za6y6SqKjr

Aaron Williams and Cedrick Williams take in the sites during their visit pic.twitter.com/Iy32ygZhRl

Of course photo shoots are a must these days.

Visitors prep for a photo shoot at the stadium. The equipment staff puts together uniform combos for each guy. Pierce Clarkson requests a red helmet with a black visor. pic.twitter.com/duJEKAzpDo

Just how great can this class be? We dove into this recently. https://t.co/YygtzhyMqz

What would a trip to Louisville be without a visit to Churchill Downs?

Fan at Churchill Downs “My 15-year-old son is OBSESSED with you” pic.twitter.com/hecXn5TLE6

Some of the visitors take on the paddock (via @RealHenrysadlo) pic.twitter.com/yH6nCTzNi0

The Cards are killing it right now in recruiting, and it’s not difficult to see why.