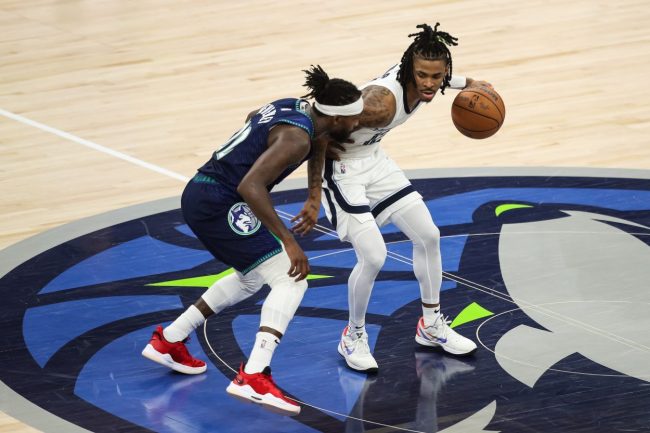 The Los Angeles Lakers have plenty of talent, but have lacked a bit of grit in recent years. That won’t be a problem in the coming NBA season after the team dealt for Utah Jazz veteran Patrick Beverly.

Beverly came to Utah as part of the Minnesota Timberwolves’ move to acquire three-time NBA Defensive Player of the Year Rudy Gobert. Though it was always likely that he didn’t stick around the Jazz roster for long. Utah is in the process of rebuilding and could move superstar guard Donovan Mitchell in the near future.

The Los Angeles Lakers are in advanced talks on a trade to acquire Utah Jazz guard Patrick Beverley for Talen Horton-Tucker and Stanley Johnson, sources tell ESPN. Deal could be finalized as soon as Thursday.

Beverly has become known as one of the league’s better role players. Across 10 seasons with three teams, he’s made three NBA All-Defense teams and is a career 37.8 percent shooter from beyond the arc.

But his chippy style and hyper-intense attitude isn’t always a favorite for opponents. One opponent in particular who has beef with Beverley is now teammate Russell Westbrook.

Westbrook notoriously took shots at Beverly after a 2019 game where then-teammate James Harden dropped 47 points on Beverley and the Los Angeles Clippers.

“Pat Bev trick y’all, man, like he playing defense,” Westbrook said. “He don’t guard nobody, man. It’s just running around, doing nothing. All that commotion to get 47.”

Beverley and Westbrook have had beef ever since.

Bever;ey returned the taunting favor just last season, yelling “he’s trash, trash” at Westbrook before plugging his nose in a 124-104 Timberwolves win over the Lakers.

Now the two will have to learn how to co-exist. Though that issue may not last long, as Westbrook has been linked to a move out the door for much of the NBA offseason.

Until then, Lakers practices could be must-watch television.