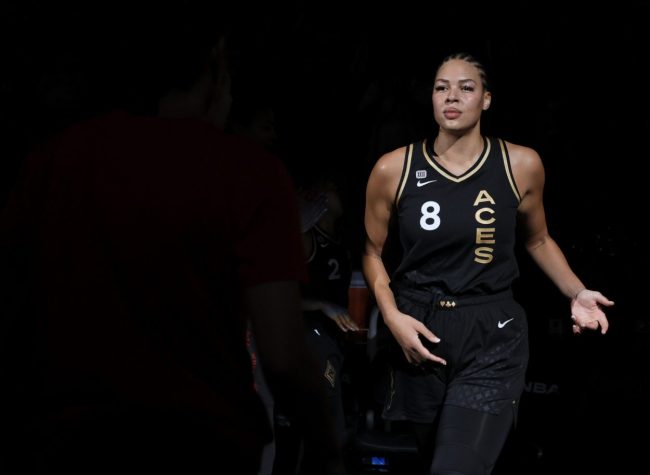 Liz Cambage shocked the basketball world when she walked away from her Los Angeles Sparks team before the end of the WNBA season at the end of July.

The oft-embattled star explained her decision and announced that she plans to step away from the WNBA on her Instagram page Monday morning.

“Playing for the Sparks was a dream come true and I’m honored to have shared the court with such amazing ladies for as long as we did. I’m sorry to have left abruptly and I wish it would have ended on a different note…I’m hopeful the WNBA will do their part in creating safer environments and a stronger support system for their players,”

Cambage is a four-time WNBA All-Star and led the league in scoring in 2018. But she’s not always been the most popular figure among teammates and others in the WNBA. The Australian, who was born to a black father and white mother, allegedly lobbed racial slurs at the Nigerian national team during a practice for the Tokyo Olympics. She has since denied those allegations.

According to a report by Yahoo’s Chris Haynes, Cambage also reportedly often criticized LA Sparks teammates’ and had her commitment questioned throughout the season.

Basketball Fans Were Unsympathetic Toward Cambage’s Decision To Step Away

Given her history, it came as no surprise to see that basketball fans weren’t exactly sad to see the star center go.

Safe environment my culo. She brought the wrong attention to the league with her racist remarks https://t.co/eSli3CHYJg

"I’m hopeful that the WNBA will do their part in creating safer environments and a stronger support system for their players."

Incredible. As always, never her. https://t.co/FyCrMXXkOr

Many wondered if any WNBA team would take Cambage should she haven chosen to continue playing.

i believe her saying she wants to step away while also believing that there is not a single w team interested in signing her either https://t.co/3KZJfrSJFb

In simple terms. I’ll save the read. Nobody wanted ha. https://t.co/AFJ4Vlbogd

Cambage will be 31 in August and her production has dropped significantly in recent years. After leading the league with 23.0 points per game in 2018, she’s averaged just 15.9, 14.2 and 13.0 in the three seasons since.

The WNBA playoffs begin Wednesday night, though they will not include Cambage or the Sparks. Los Angeles finished just 13-23, second-worst in the league.