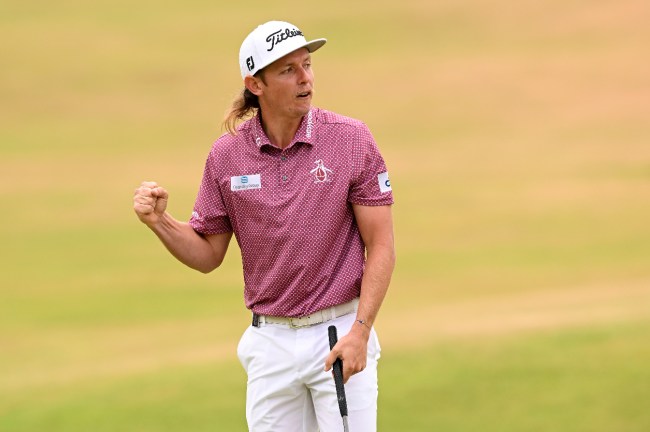 The Open Championship was once again a terrific tournament. St. Andrews Course is one of the most beautiful in the world, and the best of the best flocked to aim for a title.

Tiger Woods’ name floated around with retirement rumors, and he made everybody tear up as he walked the 18th hole for what could have been the final time. But, at the end of it all, Cam Smith took home the crown as the Open Champion in 2022.

LIV Golf is reportedly eyeing Smith to join their tour and poach another star away from the PGA. Former PGA Tour player Colt Knost mentioned that $90 million could be what LIV Golf is offering Cam Smith.

Hearing 90 million was the number. I guess that could make ya do some rethinking!

That isn’t the only big golfer LIV is currently targeting. Doug Greenberg of Front Office Sports reported a few more high-profile names could be on their way over: Henrik Stenson, Hideki Matsuyama, Adam Scott, and Marc Leishman.

LIV Golf has stolen the show, and while some golfers aren’t thrilled about it, an inside look at their private jet is one reason this is tempting for others. Oh, and $90 million for Smith is a ton of cash, and he could make a lot more if he wins tournaments with LIV.

Let’s see if Cam Smith takes the cash and joins LIV Golf. After all, $90 million is hard to pass up.