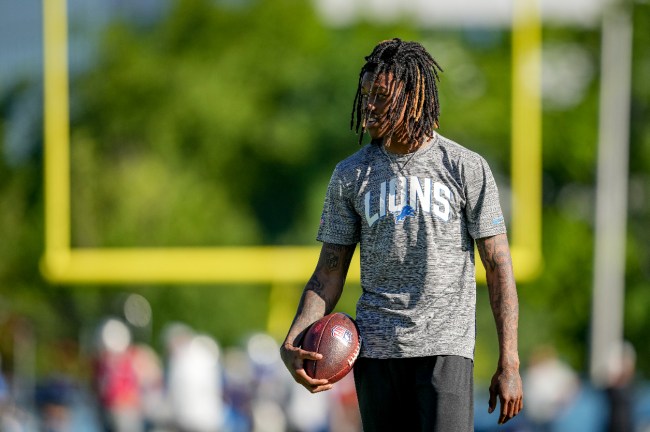 The Detroit Lions are going to be exciting this year. Maybe.

The additions of Jameson Williams, the electric wide receiver out of Alabama, and No. 2 overall choice Aidan Hutchinson (who displayed the vocal skills) will surely be fun to watch. Head coach Dan Campbell is sure to provide everybody with plenty of viral moments as well.

The Lions have given us plenty of interesting wrinkles this offseason, and now there is a new one involving the jersey number of Jameson Williams.

According to Eric Woodyard of ESPN, Williams will be wearing the #9 that used to belong to long-time Lions QB Matthew Stafford, and Williams posted a picture of it on Instagram.

#Lions rookie Jameson Williams has officially switched his jersey to No. 9 — Matthew Stafford’s old Detroit number. He was looking for a single digit number and actually reached out to Stafford on his own via text as an act of courtesy, according to a source. Classy move. pic.twitter.com/wzkhJmQRQd

Reportedly, Stafford had no issues with it, and why would he? The former Lions signal-caller went on to bigger and better things with the Los Angeles Rams and won the Super Bowl in LA.

So, that is in the past.

Nonetheless, it will be very odd for Lions fans to see a #9 running around the field that isn’t Stafford.

Some fans don’t like it. Others do, and others have even higher expectations of Williams. Again, it just feels weird to see a WR wearing a single-digit number in the NFL, but times have changed.