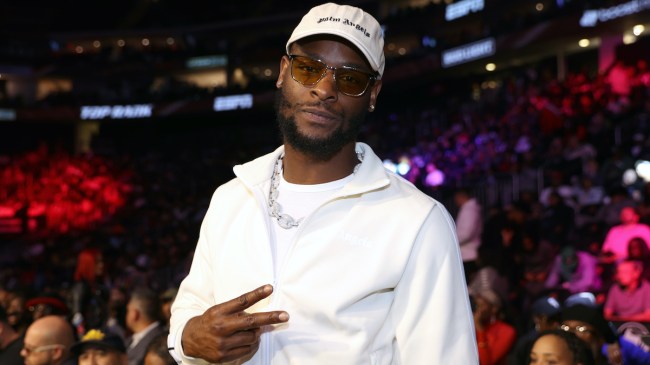 Like many other athletes and influencers in recent years, former NFL star Le’Veon Bell has taken an interest in boxing after stepping away from football.

The three-time Pro Bowl running back played three games for the Tampa Bay Buccaneers in 2021 before choosing to focus on boxing in 2022. In September, he delivered an impressive knockout blow against another former NFL star, Adrian Peterson, to win his first exhibition boxing bout.

Bell will now make his professional boxing debut less than two months later on the undercard of Jake Paul vs. Anderson Silva. His opponent is former UFC veteran Uriah Hall and it appears Bell is taking his preparation quite seriously.

Ahead of the Oct. 29th bout, Bell was asked about the differences in preparing for football season versus a boxing bout. After 11 seasons in the NFL and only 2 fight camps, Bell is confident that fight preparation is much more difficult than NFL training camps (h/t Damon Martin of MMAFighting.com).

“Hands down preparing for a fight [is tougher],” Bell explained. “It’s not even close. Don’t get me wrong, football camps are hard, it was tough on my body but that was before I actually knew about a boxing camp. I was unaware of that.”

Bell had echoed the same message earlier in the week during open workouts. He claims there’s greater pressure in boxing due to the individual nature of the sport and that makes it more difficult than the NFL.

It's just you in the ring 👊@LeVeonBell discusses how difficult boxing is compared to the NFL. #PaulSilva Workout: https://t.co/XFbx6gYlCT pic.twitter.com/lP5jjayuzF

“It’s a lot more weight on your shoulders. In football, you have the team behind you. You’ve got guys you can lean on in this case, if I’m not fully prepared. … In the ring, it’s all about you. It’s about how prepared you are. Once you get into that ring, nobody can help you. … So that’s the biggest difference and boxing is definitely the tougher sport.”

It’s an interesting argument, but it can also be turned around. The teamwork involved in football brings its own set of unique challenges and that can be arguably more difficult.

While most might agree that boxing has a greater degree of physicality as a combat sport, it’s still always hard to compare team and individual sports to each other—especially with how different boxing and football truly are.

Bell is all in on boxing either way, but he certainly has a tough matchup ahead with Hall on Saturday.